As you might already know, HMD Global flagship device for 2018– the Nokia 9 is already in the works and maybe dropping any moment. In addition to the Nokia 9, the firm has since been rumored to be working on a new variant of Nokia 6 dubbed Nokia 6 (2018), and while HMD is yet to confirm the existence of the said Nokia 6 (2018), we already know a couple of things about the device, thanks to leaks and TENAA certification.

Now, China-based online retailer suning, in a Weibo post, has dropped a teaser of the launch of a device that appears to be the Nokia 6 (2018). The teaser which is captioned in Chinese as you can see below is made of a couple of old Nokia phones that are so arranged to form the number 3.  The teaser directly translates to “3 days”, and “unique craftsmanship, new Nokia 6”.

The retailer might be trying to pass across a message entirely different from the launch of the Nokia 6 (2018), but what’s worth noting here is that the teaser clearly mentioned – “3 days”, and “unique craftsmanship, new Nokia 6”, so we might be seeing the launch of the Nokia 6 in 3 days time. Recall that the Nokia 6 (2017) was unveiled in the early days of January 2017 and thereafter went on sale a few days later, so HMD might possibly launch the new Nokia 6 about the same time as the original Nokia 6. 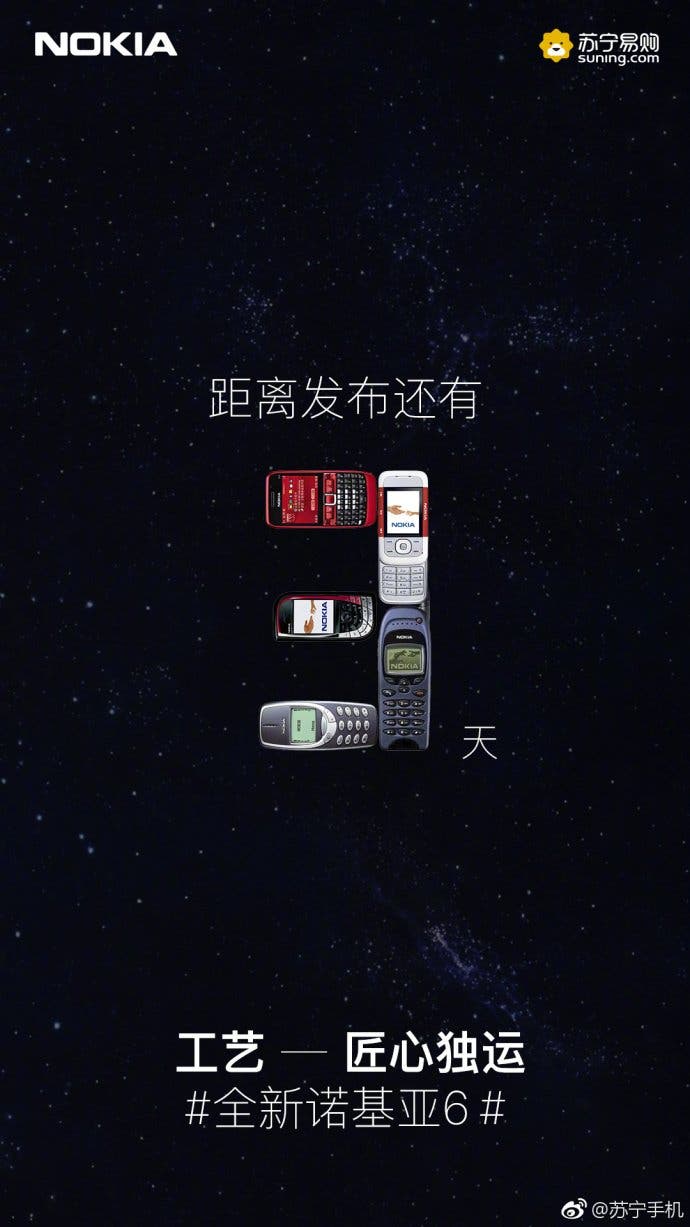 If the launch event goes as teased by suning, our guess is that the device will go on sale from January 19 – the date earlier rumored to be the launch date.

Next You can now pre-order the Galaxy A8 (2018), shipments begins January 5