HMD Global is now reportedly rolling out an update to its most affordable smartphone till date, the Nokia 2 following the earlier confirmation that the device will be updated straight to the recently released Android Oreo 8.1. According to a report on Nokiamob, the update which is about 88MB in size brings the Google’s security patch for December 2017 to the Nokia 2 and is currently rolling out to users in in India and other markets.

What is a little strange is why HMD Global has to wait until January 2018 before rolling out the December update, when we ought to be expecting the January update:

The update brings security patches for various vulnerabilities as highlighted in the open-source Android operating system.

The update is currently rolling out in batches, so it could take a little longer before you are prompted for the OTA update, if however you cant wait, you can open phone Settings, select Software Update, then tap Download Updates Manually.

HMD had earlier announced that all it current sets of Nokia Android Phones will get at least two years of OS update support and, the firm has so far has shown commitment in that regard. If that promise is kept to the later, then we expect to see the device to have a taste of the unannounced Android P when it becomes available. 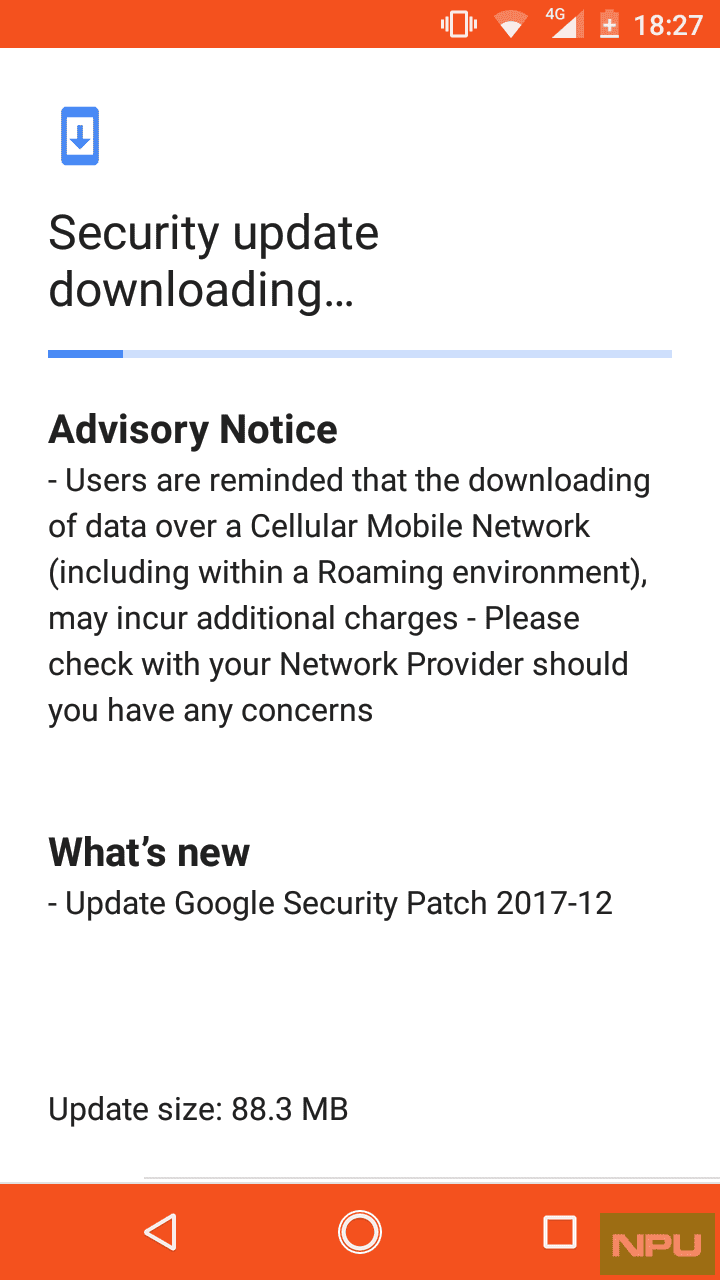