Meizu has confirmed that the Meizu M6S aka the mblu S6 will be unveiled on the 17th of January. It has now popped up on AnTuTu just a couple of weeks before launch. It is expected to be manufactured under the mBlu division. 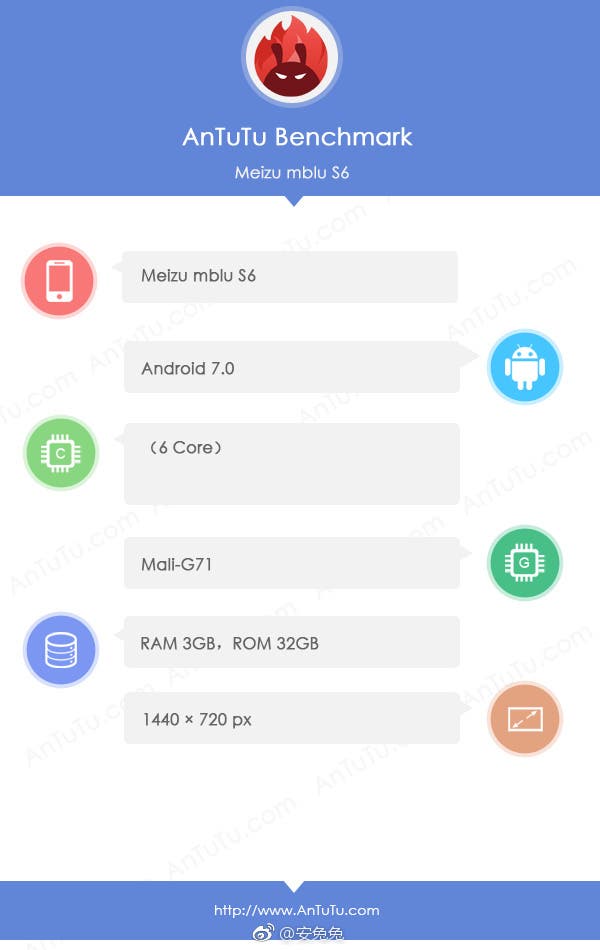 The AnTuTu listing confirms some of the previous rumors surrounding the M6S. For starters, it sports a hexa core chipset coupled with 3GB of RAM and 32GB of ROM. This listing might correspond to one of the two variants that will be unveiled. The chipset is rumoured to be the Samsung Exynos 7872. The GPU is Mali-G71. The display will have a resolution of 1440×720 pixels, hinting towards a mid range device.

Other reports include the presence of a full screen display measuring 5.7-inch with an aspect ratio of 18:9. On the battery front, it might be powered by a 2,930mAh unit. A hands on video and other images hint towards the presence of a side mounted fingerprint scanner. Meizu recently released a teaser confirming the launch of the M6S. There has been a barrage of leaks and rumors surrounding the Meizu M6S. Whether all these rumors are true, we’ll find out on the 17th of January. Till then, stay tuned for more!

Previous Meizu M6S to be Unveiled on the 17th of January