All signs indicate that the much talked about Galaxy J2 (2018) is right around the corner. The complete specs of this smartphone along with two renders was earlier revealed by Roland Quandt, but now Samsung has put up details on its official website.

The Russian wing of Samsung mobile has now listed the Samsung Galaxy J2 (2018)’s cover or case, which reveals the design as well as the color options of the upcoming device on its official website. The listing confirms that the device will come in Black, Blue Coral, Gold, and Pink color option.

As for the design, the listing on Samsung website reveals that the device will adopt similar design language as Galaxy J2 (2017) featuring an oval-shaped front facing home button with capacitive keys, a single front and back cameras with LED flash, a Micro-USB port for charging and a top 3.5mm audio jack.

As per previous leaks, the Galaxy J2 (2018) with model number SM-J250F is expected to feature a 5-inch qHD (540×960 pixels) Super AMOLED display and powered by a quad-core Qualcomm Snapdragon 425 (MSM8917) SoC with 1.5GB of RAM and 16GB of expandable storage. A single 8-megapixel camera sensor with LED flash as well as a single 5-megapixel camera sensor are expected to sit at the rear and front respectively. 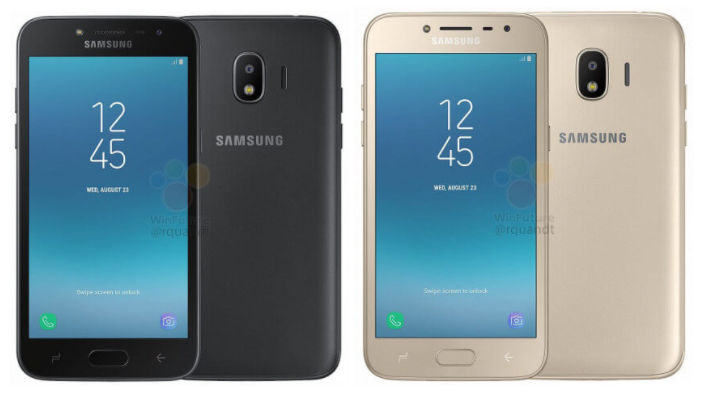 While Samsung is yet to officially confirm the price, unveiling date and roll out plans of the device, a listing of the device on Russia’s BeCompact.ru retailer site indicates a price tag of RUB 7,990 (roughly Rs. 8,860).

Previous Meizu M6S aka mblu S6 pops up on AnTuTu