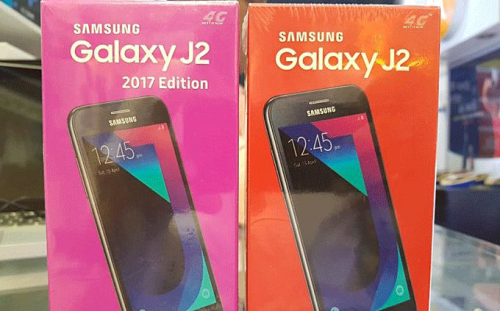 This smartphone is powered by a quad-core, 1.3GHz processor coupled with 1GB of RAM and 8GB of internal storage.  It is equipped with a 4.7-inch 720p AMOLED HD display and the camera department boast of a 5MP rear camera and a 2MP front shooter. It comes with 2,000mAh battery and features dual-SIM support, 4G, as well as Ultra Data Saving Mode.

Samsung Galaxy J2 (2017) will be available in black and gold colours. The price tag of this smartphone is said to be about INR 7,390 (around $113). The configurations of this smartphone dates as far back as 3 years ago and however cheap this smartphone is, it will need some “crazy” Samsung fans to make sales especially due to the presence of cheaper Xiaomi smartphones.