HTC Edge Launcher is a feature that permits users to get access to certain apps and functions by simply squeezing the phone. It was launched with the HTC U11+ last month. Edge Launcher is similar Edge Sense but the latter only permits one function at a time. Now, the Edge Launcher has received an update that is currently rolling out to the Play Store. 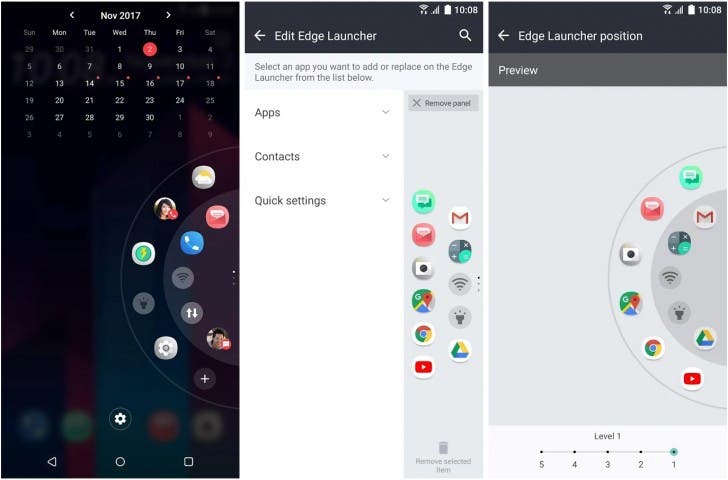 In this update, the positions of icons on the carousel can be modified by pressing and holding on them. Also, shortcuts to various features such as battery saver, auto rotate, and Wi-Fi hotspot and others can now bee added. Even when the screen is locked, Edge Launcher can be triggered, however, if there is any sort of protection such as a password or fingerprint setup, the user will still have to input the password or touch the fingerprint sensor before it launches but if there is none, it launches directly. Other HTC devices with Edge sense support will soon be getting the Edge Launcher.

Previous New Sony Xperia Smartphones May Be Announced On January 8

Next Alcatel A3A XL with Android 8.0 shows up on GFXBench