LG has released a new App to Google Play Store. This app dubbed “LG Wallet” is probably a mobile payment app just like Apple and Samsung Pay. However, there are some discrepancies to be sorted out concerning this app. Firstly, this app seems to be incompatible with any existing LG device, and there are suggestions from some sectors that you will have to own the LG G7 to use this app. The LG G7 has not been released, and if the recent reports are anything to go by, we won’t be seeing any more devices in the G series.

Nevertheless, there are reports that suggest that this app will be compatible with some non-LG devices such as Pixel XL, Nextbit Robin, Nexus 6, and some OnePlus phones. Apparently, the app is currently inert because some users who managed to install it said it is non-responsive and asks for permissions, plays a Korean video, and then hangs. 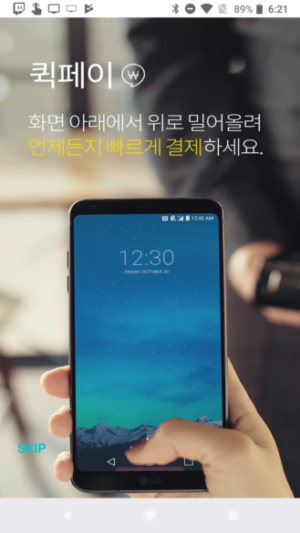 LG Wallet also called LG Pay has a listing which says that it is only compatible with LG G7. This listing is quite confusing because the news of LG re-naming that series has gone viral for the past three days. The reason why this app was released at this time is unknown, but from its operability, it is apparent that the app is still under development. LG has been in the mobile payment business for about six months when it launched LG Pay for LG G6. It only works in South Korea for now and the company is working on including more devices to LG Pay.