Oculus is known by many as the pioneer of modern virtual reality market. Oculus Rift and the Gear VR are two VR products that are known to everyone. Last October, the company introduced a new standalone headset that lies between these two products. Although the headset was announced two months ago, we do not know much about the specifications of the device. Yesterday, the Oculus Go arrived FCC thus we can now tell you that there will be two versions for sale. There will be a version with 32GB storage space and a variant with 64GB storage space. This also explains the starting price of $199, as the version with more storage space will be sold for more money. All other hardware and firmware are the same save for the internal storage. 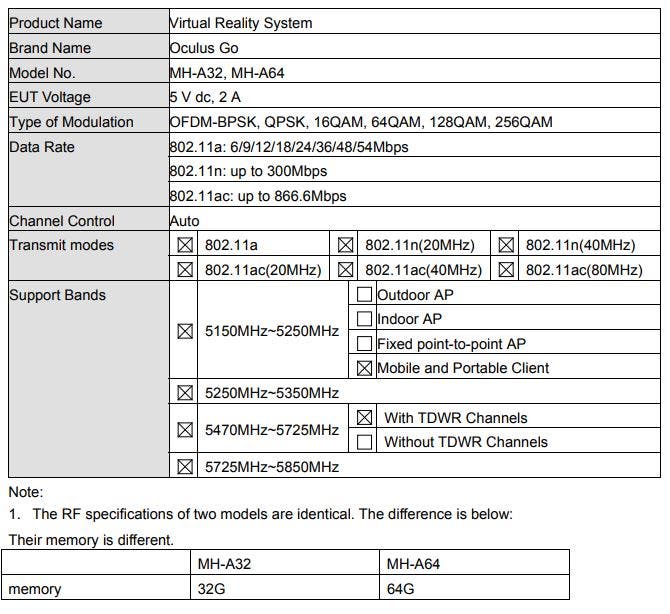 According to Tomshardware, the headset is powered by an older version of the high-end Snapdragon 821 SoC from Qualcomm with support for 3DoF. Users do not need a smartphone or PC to use the Oculus Go. The audio comes from the headset so you do not have to use headphones. There is, however, a 3.5mm headphone jack available. Furthermore, the fast-switch LCD displays have a WQHD resolution of 2560 × 1440.

It is not yet known when the Oculus Go will be for sale. There have been earlier reports that it will be released in 2018. Its appearance at the FCC, however, indicates that it will not be long before the headset is put on the market. It is also possible that this headset will be official at CES 2018.