The Consumer Electronics Show (CES) in Las Vegas officially starts today but we have already seen companies introduced multiple devices in the exhibition. One of the greatest shocks in the manufacturing industry was received last November when two long-standing rivals in the chip manufacturing business – Intel and AMD declared that they’d be collaborating to produce laptop chips that consolidate Intel’s Core line of processors with AMD’s Radeon graphics. 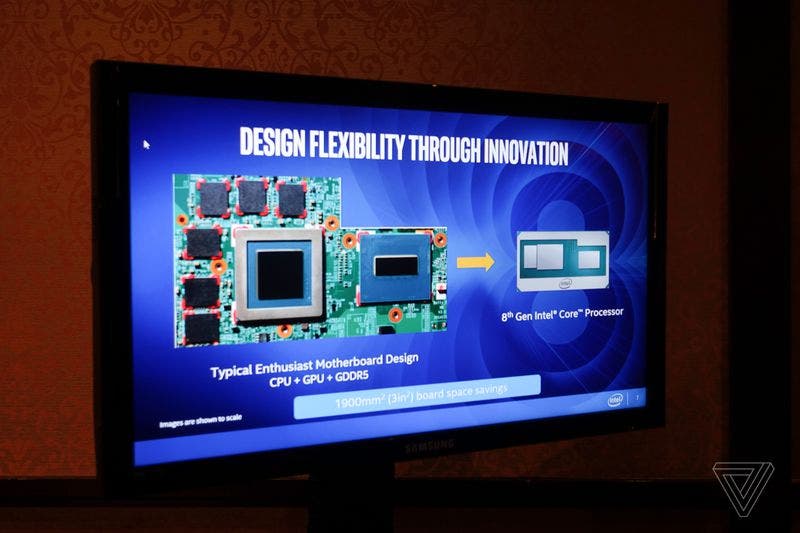 The first fruit of the collaboration just touched down at CES 2018 as the companies unveiled a pair of Intel Core i5 and i7 chips powered by discrete AMD Radeon RX Vega M GPUs. Each chip is supported by 4GB of HMB2 VRAM which Intel says will conserve the internal memory of the laptop and increase the battery life. These chips are designed to be the most potent processors by Intel and they are part of Intel’s H-series line of eighth-generation chips which are used for top gaming and professional laptops. According to Intel, a laptop with this chip should run games and heavy professional apps two to three times faster than systems with Intel Core i7 chip and a Nvidia GTX 950M GPU. As of now, there are no laptops for this chip but of course, its CES week and we will hopefully hear something with regards to the application of this chip soon.

Previous Nokia 3310 4G appears on TENAA, reveals all of its specs