The 2018 CES is even not yet in full swing, yet some very interesting announcements are beginning to creep in. Chinese  DJI – the company that already carved a niche for itself in the camera drone market with its series of products better than competitors at aggressive prices is now out on the same path with it camera stabilizers.

The company ahead of the CES 2018 has introduced two new stabilizers –  The first is the DJI Osmo Mobile 2, which is a refresh of the original Osmo and an all-new Ronin S stabilizer for mirrorless and DSLR cameras.

The DJI Osmo Mobile 2 like the original Osmo mobile is a portable device which you can slot a phone as large as an iPhone plus into so you can capture photos and video with minimal camera shake as conceivable – even when in motion. It features DJI’s proprietary SmoothTrack technology as well as a three-axis gimbal that counters possible movements and vibration while in use.

Made of high-strength modified nylon, DJI says the device is now more lightweight,  and even more portable with its folding design that enables you to slot it into your backpack more readily. The new device also comes with a two-way mobile clamp so you can fix your smartphone in Landscape and Portrait mode. There are a couple of shutter controls on the grip, so your phone’s camera can be utilized as a more specialized snapper, with ISO and shutter speed controls.

The battery, unlike the original Osmo, is not anymore removable but offers up to 15 hours of battery life. The device works in tandem with the  DJI Go app which the company says is now more improved with a couple of time-lapse modes including the Hyperlapse and Motion Timelapse, allow you to record a timelapse while the Osmo Mobile 2 is in motion.

It will be available for pre-order from January 23 and from early February exclusively from Apple.com and JDI.com at $130. 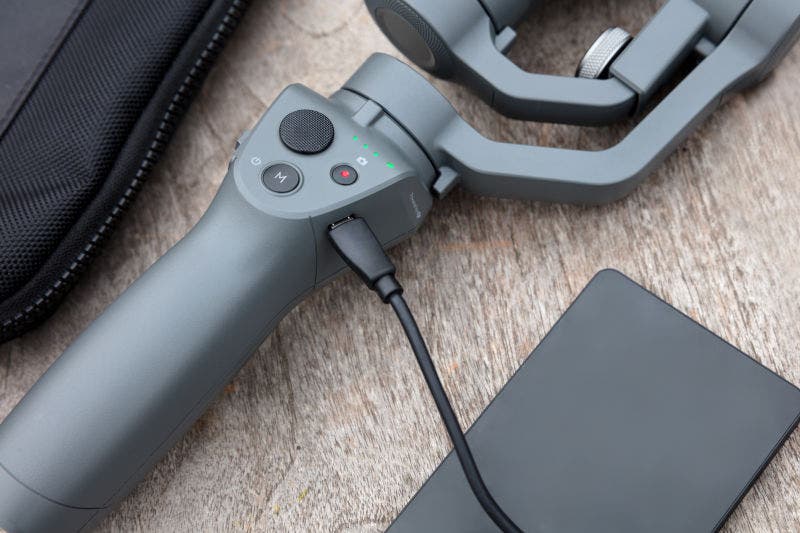 The DJI Ronin-S, on the other hand, is basically an Osmo Mobile designed for larger cameras and lenses so your shoots can be kept in the field while on motion.

It works with the likes of Canon 5D, Panasonic GH, and Sony Alpha systems, and much like the Osmo 2, the Ronin-S functions with a mobile app that will allow for automatic camera moves. It features similar three-axis gimbal which helps to obviate shakes and judder in both photos and videos, as well as acouple of dedicated control buttons for the camera. The battery, unlike the Osmo mobile, is Hot-swappable for non-stop shooting.

Availability and price details will be announced later.

Chuwi & Geekbuying Team Up for an Epic Sale!