Seems that someone at LG listed a smartphone earlier that it could be mentioned. The most anticipated LG smartphone, LG G7 that is expected to be launched during this Q1 2018 had its name listed on an Official website page listing the LG smartphones that support Fast Charge Technology.

While we don’t know if this has been intentional or not what drives us in curiosity is that fact the “Future LG G7” appears to support Fast Charge 4.0 the standard quick charge technology present in the 2017’s Snapdragon 835. This may indicate that LG will once again repeat the last year move and launch a newer smartphone with a one-year-old chipset? 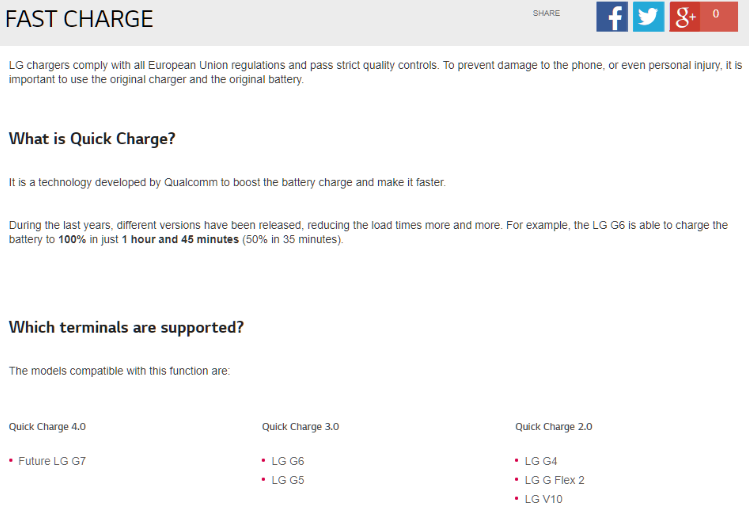 Last year, Samsung and Qualcomm worked alongside to give life to the 10nm Snapdragon 835, with the South-Korean company being responsable for manufacturing the chipsets. As a result of this deal and in a move to grab all the attention to its flagship Samsung secured a massive first batch of the Snapdragon 835. That move left the other competitor to choose between the 2016 Snapdragon 821 or wait a little longer to launch the smartphones with Snapdragon 835. Since LG main attempt was to directly compete with the Samsung flagship, the company chose the first route. While the LG G6 can be considered an excellent smartphone the choice of an older chipset made users to ignore the handset. 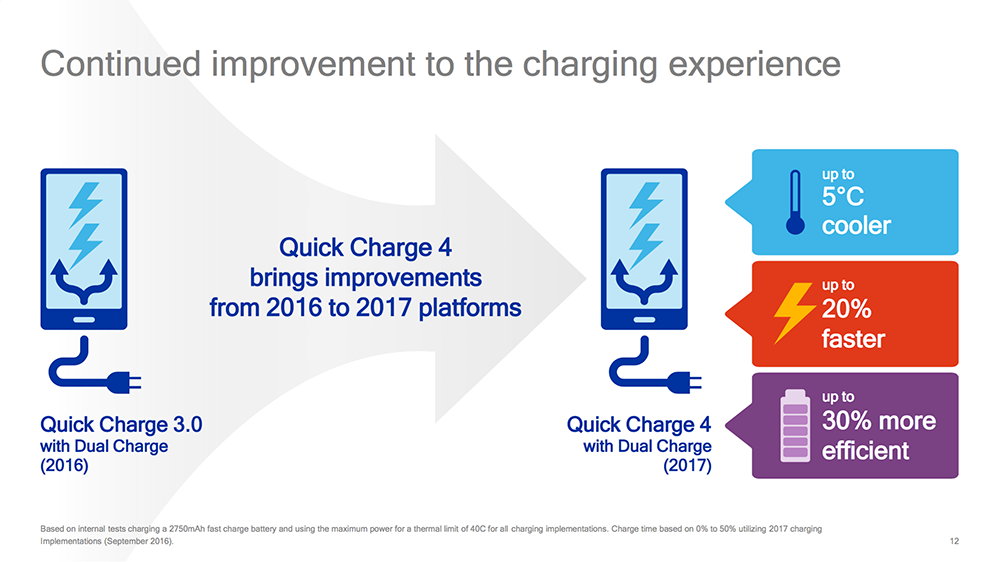 Apparently, the Quick Charge technology adopted from a phone doesn’t really depend on much from the chosen chipset. The Nubia Z17, such as, came with the latest Quick Charge 4+ but had a Snapdragon 835 under the hood. Thankfully this is a sign that manufacturers can mix both things.

We already know that Samsung will probably repeat its move by securing the first batch of Snapdragon 845, but since we’re seeing other rumored smartphones from different companies packing the same processor and arriving at dates that closely coincides with the Galaxy S9 arrival we are wondering if other companies like LG have found a way to deal with it and launch their smartphones with Qualcomm’s latest offering.

The LG G7 is one of the most anticipated smartphones of 2018 and seeing it packing a Snapdragon 835 will be for sure heart-breaking. While we are pretty sure that the Snapdragon 835 still have three to four years before becoming obsolete, if we’re in 2018 we expect 2018 flagships to sport 2018 high-end chipsets. Fair Enough.