We’ve been through a year of speculations and rumors about which company would be the first one in the race to provide a working under-glass fingerprint technology. With the advent of the bezel-less display and the crescent need of trimming down the bezels in favor of larger displays that retain a small form factor, the fingerprint technology that proved to be very successful in the segment needed a change. The Chinese Vivo was very aware of this, and for that reason have been developing alongside Synaptics an ultrasonic sensor to capture the finger data through the smartphone glass display.

Vivo teased for the first time a smartphone carrying such technology a year ago, by that time we saw the first glimpse of a promising new technology. We expected that technology to make a debut in 2017, but it never came, not even two major manufacturers like Samsung and Apple were able to introduce the technology before the end of last year. The iPhone X was a clear example of the effects of missing a ready under-glass fingerprint. In order to make a full-screen display with reduced bezels Apple had to drop the sensor in favor of Face ID, that move generated a lot of controversies and no matter what the US manufacturer says about their facial ID system we simply know if that the manufacturer had a ready under-glass sensor that would be the technology employed in the iPhone X.

Vivo issued a press release today where the company revealed the technology debut in a smartphone that will be announced in a near future. The company opted for instead of sharing a lot of technic details about the technology simply delivers a simple teaser showing how the ultrasonic sensor works and the advantages of it. First, the under-glass sensor is a front-facing one, so all people who prefer a front placed fingerprint sensor will get covered on this new technology, the second one is that introducing an underhood sensor will allow the companies to keep the race for the Full-Screen smartphone with nearly zero bezels.

“Today’s showcase of a ready-to-produce in-display fingerprint scanning smartphone featuring an optical fingerprint sensor is a big leap forward in bringing consumers this long-awaited, futuristic mobile experience. We are very excited to make it available to consumers soon.”

The BBK owned company also shared the scheme around the technology with matches perfectly with the Synaptics Clear ID FS9500 sensor. Additionally, the Chinese manufacturer introduces an interface that lights up when the fingerprint scanner is being used but keeps a low profile when the smartphone is being used in other environments. Basically, the Fingerprint indicator will show up when you need to unlock the phone, access any secured data or when doing payments through the smartphone, but when you’re simply using your smartphone you can’t even tell if there is really a sensor underneath the OLED Panel. 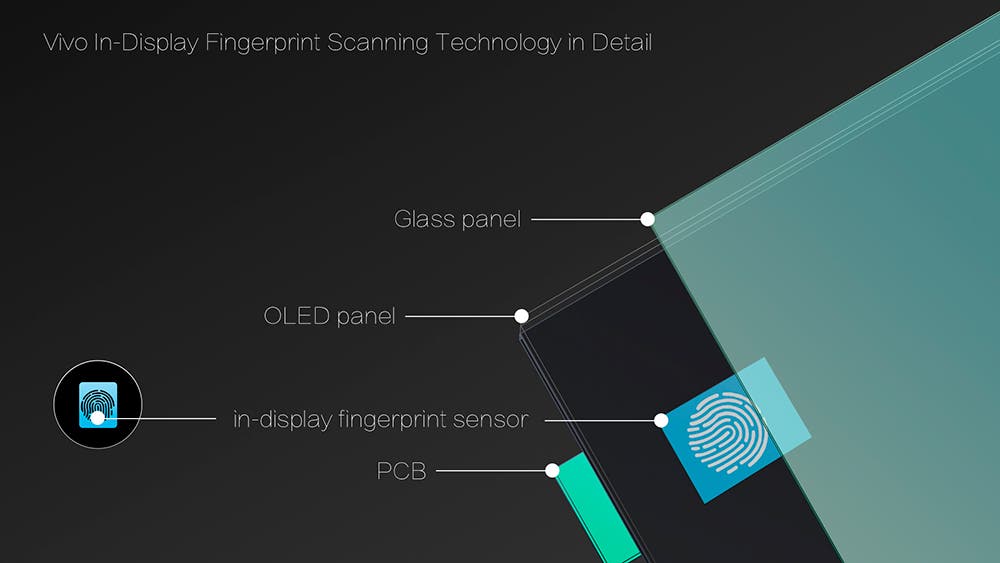 The only thing remaining is to know the fated device to debut such technology, or more precisely the name and the rest of specifications, maybe Vivo X20 Plus? Only the time will tell, thankfully we don’t need to expect much since the company stated the “early 2018” date for the official debut of the smartphone carrying the new technology.

The group behind Vivo, the BBK also is responsible for other major Chinese players as OPPO and OnePlus the fact that was one of the BBK big three to debut this technology can also indicate that in the future we may see the same employed in future OnePlus and OPPO devices. 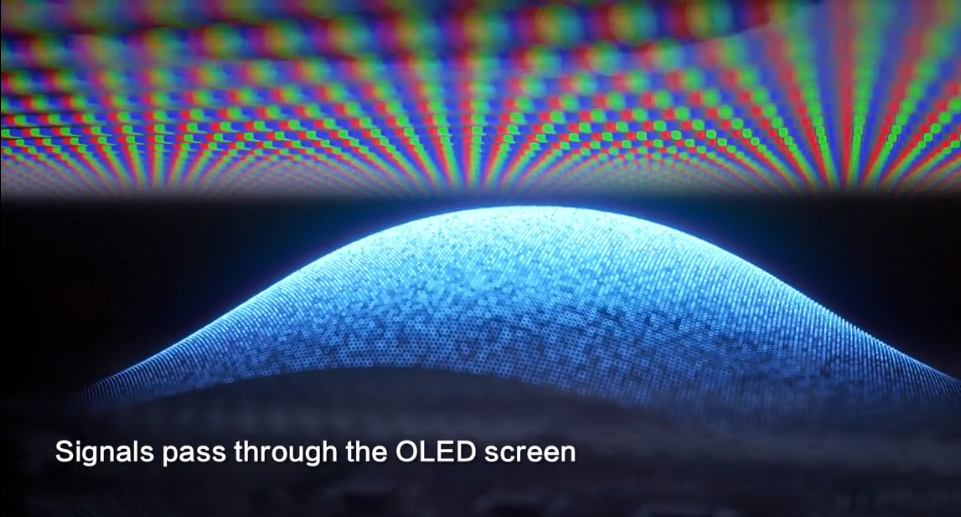 What are your expectations for this new under-glass fingerprint sensor? We are surely anxious to try this method of unlocking the phone which dispenses any physical sensor. More anxious by what the future can bring alongside this new technology.