Back in December 2017, Amazon Indian released a teaser that suggested that a new Galaxy smartphone exclusive to it will be arriving India in no distant time, today, the retailer has now listed the Samsung Galaxy On7 Prime on its website with detailed specs and pricing.

Marketed as the Galaxy J7 Prime in some regions, the device is encased in a uni-body metal design and is available in either Gold or Black color. A major highlight of the new device is that it supports Samsung Pay Mini- a stripped-down version of the Samsung Pay service that does not support the easy ‘tap & pay’ method using debit or credit card.

Speaking of  the specs,  the Galaxy On7 flaunts a 5.5-inch display with a resolution of 1920 x 1080 pixels.  Under the hood, there is an Exynos 7870 chipset with octa-core CPU running the show, supported by 3GB RAM and 16GB of expandable onboard storage. On the camera side, the Galaxy On7 prime features a 13MP camera with LED flash and an aperture of f/1.9 on both sides.

The smartphone is backed by a 3300mAh battery, while it sadly runs Marshmallow out of the box, but we do hope it will get Nougat at the appropriate time. 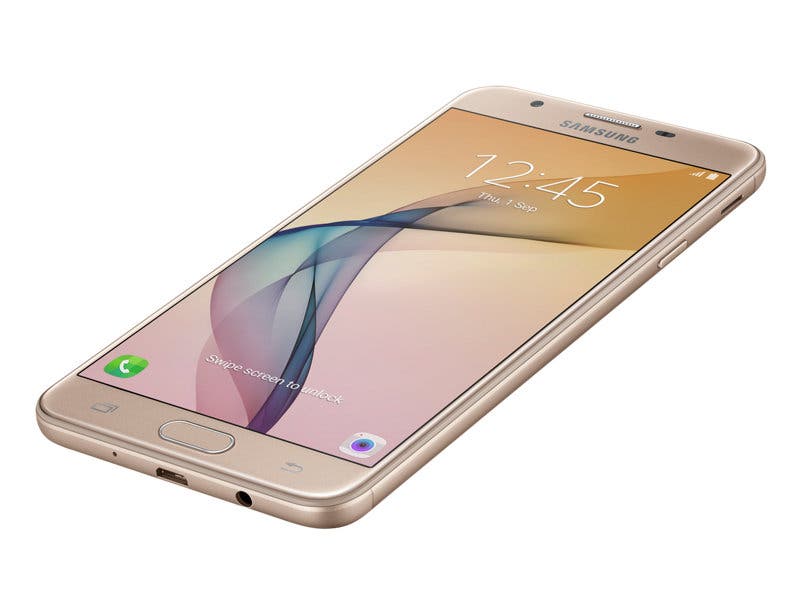 We are not sure when the device will be officially unveiled by Samsung, but there are speculations that the device might launch alongside the Galaxy A8 (2018) scheduled for January 10. The device is already available in the UAE for AED729 ($198/€166)