Earlier the Chinese tech giant sold the regular 5V/2A charger in this market. As for other chargers, the Mi Car Charger was available for purchase. Now the Xiaomi Charger 9V/2A joins this list. 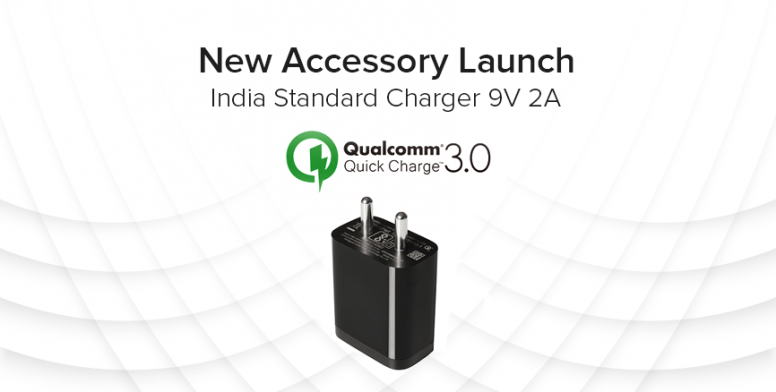 As Qualcomm claims, only select smartphones are compatible with this technology. Especially when it comes to Xiaomi phones, only the Xiaomi Mi 5, Xiaomi Mi 5s, Xiaomi Mi 5s Plus, Xiaomi Mi 6, Xiaomi Mi Max, Xiaomi Mi Max 2, Xiaomi Mi Note 2, and Xiaomi MIX 2 are listed. But only three of them are sold in India officially. Among them, we can mention the Mi 5, Mi Max 2 and Mi MIX 2. Plus, this charger was announced immediately after the Android 8.0 Oreo update announcement for the Xiaomi Mi A1. As you know, it brings fast charging support to the first Android One device of Xiaomi.

The Xiaomi Charger 9V/2A comes with a power output of 5V-3A/9V-2A/12V-1.5A. It also supports up to 380V of surge protection and Automatic Temperature Control. The manufacturer claims the charger won’t get warmer than 30 degrees Celcius to prevent overheating.

This charger is available only in black. It is Rs. 100 more than the standard 5V-2A charger.