Unlike Google’s Android, Apple has a strict policy in what concern to allowing software downgrade in iOS. No matter the situation, once the company releases their newest software iteration, they never look back, and of course, doesn’t allow users to experiment the “past” again.

But apparently, something unplanned happened yesterday since the company was signing a variety of older iOS versions. In order to install a new iOS update on an iPhone, the build needs to be signed by Apple’s servers, the old version remains signed for a couple of days until the doors get closed, forever.

After what seems to be a mishap in the company Software Department, users were able to install previous builds of the Operating System. According to the reports, a bunch of users jumped back to iOS 10, while another part reached the two years old iOS 9. Surprisingly, reports on Reddit also mentions that some users managed to install the Grandpa iOS 6.1.3 version, bye-bye Rainbow colors. 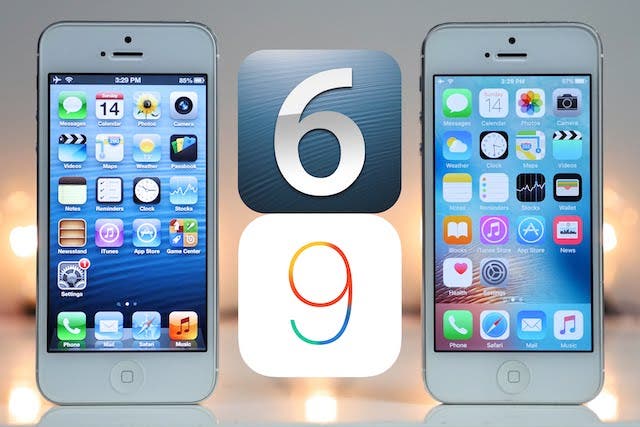 The question that remains to be answered is not how this window was opened on the company servers, but why so many users jumped on the downgrade train with no regrets. This could be explained by the fact that some iPhone users are feeling broken, especially after the reports of iOS 11 downgrading iPhone’s performance to prevent deprecated batteries. Thus putting, even that not intentionally, a pair of chains in older iPhone models. So users who spotted the updates during the “mishap window” felt the opportunity to feel the nostalgic aura of older releases.

However, don’t go hastily looking to downgrade your iPhone to an old-school iOS release, since the problem has been fixed and users who missed the opportunity are once again stuck on iOS 11.