The Galaxy S9 and S9+ are both expected to be unveiled at the next MWC 2018, and there has been a steady stream of leaks and renders from the rumor mills in the last couple of months. The latest round of leak is from a leakster, who has revealed the rear camera specifications of both devices. 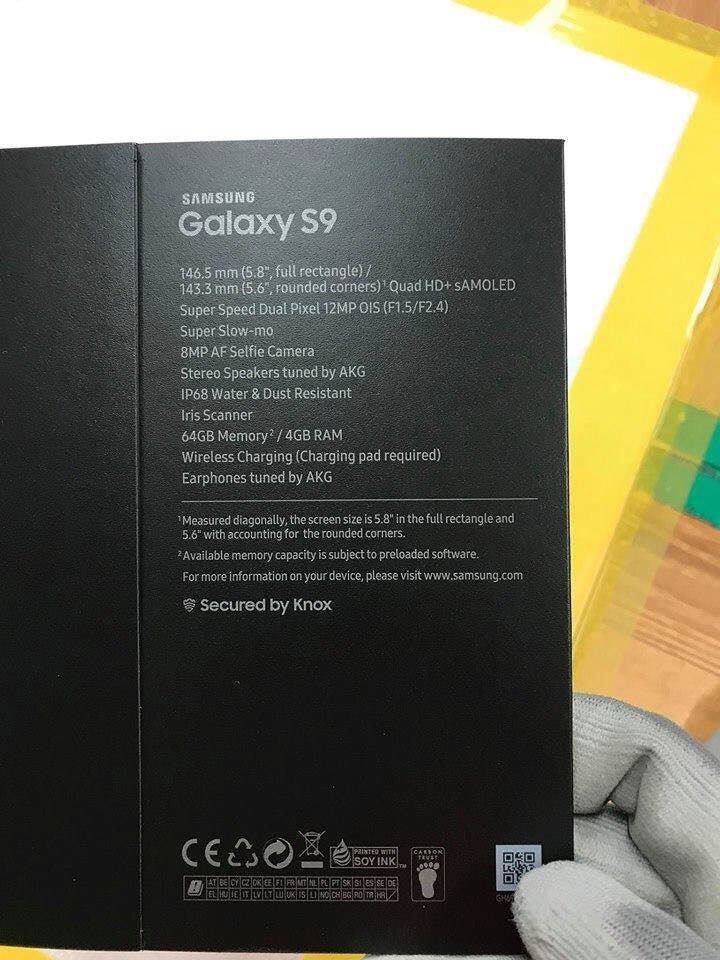 The device will come with IP68 certification, which means the phone will be dust and water–resistant. Other details seen on the retail box include Iris scanner, wireless charging, 4GB RAM and 64GB storage.

Previous Looking for a fancy projector or a disguised IP cam ? Cafago has the answers