Another week starts and another leak from the most anticipated Samsung flagship, Galaxy S9, surfaces online. While there are many of leaks photos and videos being shared as authentic leaks, this one seems more reliable. 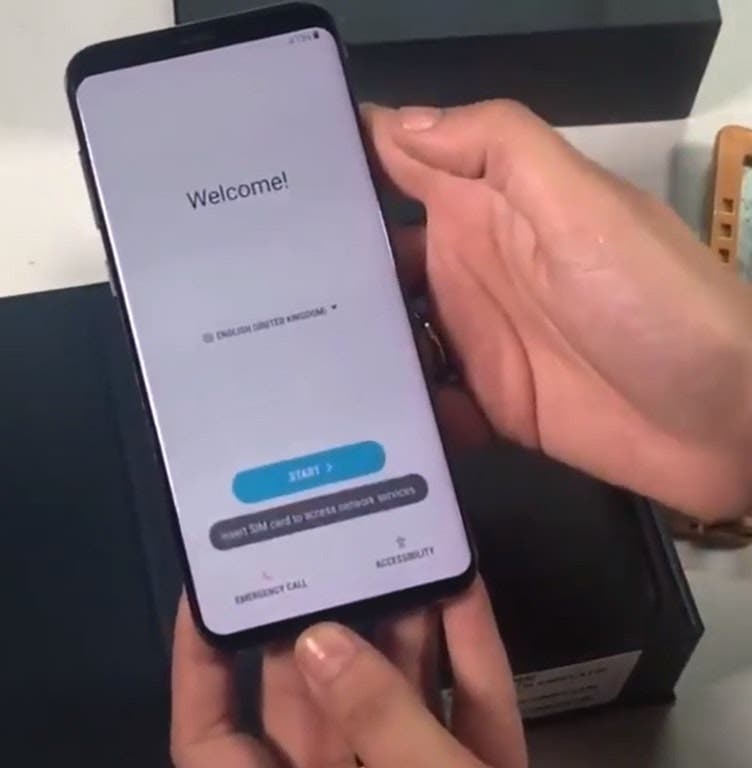 The picture above comes from a user on Reddit, in the low-resolution that suggests it to be a screenshot, very known on this kind of leak. The real source, however, can’t be identified, but the phone above seems to be an undeniable member of the Galaxy S series. But still is hard to confirm if this is the Galaxy S9 Plus or the standard Galaxy S9.

According to previous rumors, the Galaxy S9 and S9 Plus will not bring so much difference in the design, or the size of bezels, when compared to its predecessors. However, the bottom bezel will be smaller than the one found in both S8 and S8+. Surprisingly the above picture clearly shows a front panel that while resembles the Galaxy S8 has a smaller bezel in the bottom’s part of the phone. The picture also shows what seems to be the Samsung introductory page that is displayed just after the first boot of a brand new handset.

According to all the round of reports the Samsung Galaxy S9 and S9 Plus will only differ in the screen size, 5.8-inch for the first and 6.2-inch for the second, and in the camera quantity, a single sensor for S9 and dual sensors for S9 Plus. The other specifications remain the same, Snapdragon 845 or Exynos 9810 paired with 6GB of RAM and up to 128GB of Storage.

While the picture leak has the common points of a real thing, we suggest taking those with one or two grains of salt. The Samsung Galaxy S9 and S9 Plus are expected to be launched in late February during MWC 2018.