Huawei P11 and P12 are two of many smartphones that are expected to be unveiled this year by Chinese manufacturing giant, Huawei. However, these smartphones surprisingly made an appearance on Huawei’s official website. The appearance was probably not intended as the company’s web design team mistakenly leaked the information while it was preparing for the next P-series flagship smartphones. These smartphones are still under wraps thus the leaked images are most likely placeholders. 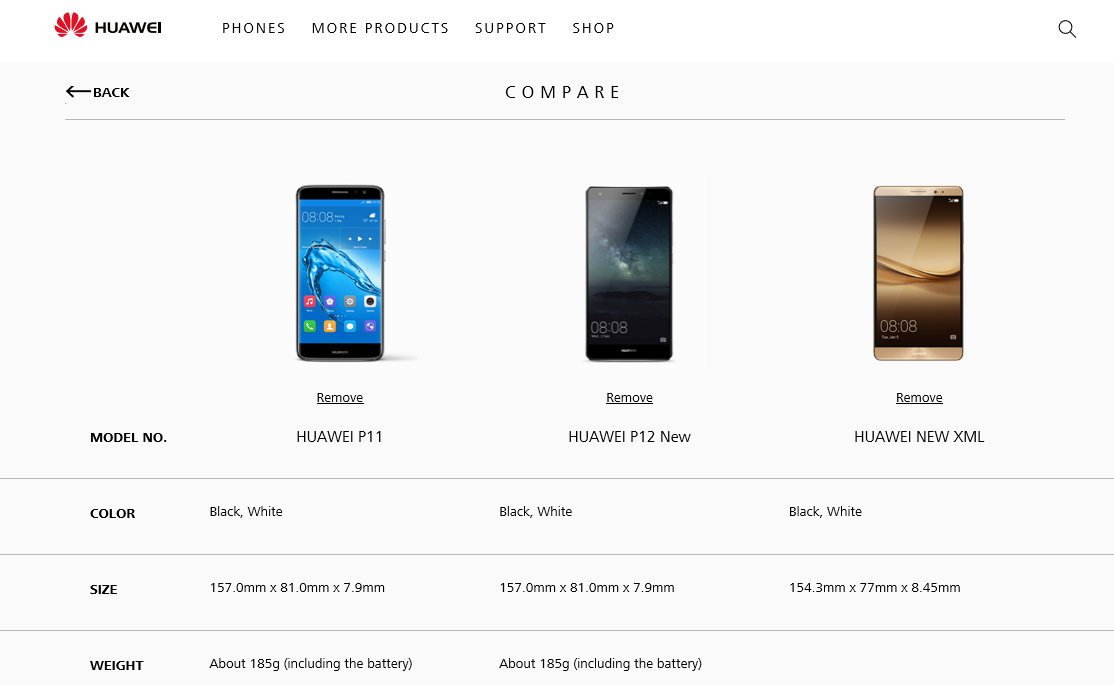 Most recently, there has been diverse information concerning Huawei P20. The appearance of P11 and P12 now calls into question the existence of P20. Nevertheless, not much can be said about these devices (P11 and P12) because the page mostly copied information from Huawei Ascend Mate 7. Huawei performed quite well in the market last year, and the company has stated that it will be concentrating on budget devices this year as mid-range and low-end devices are needed by 90% of global customers. Huawei’s President, Mr Zhengfei, said at an internal meeting that the global market would be better tapped if the company focusses on low-end smartphones.