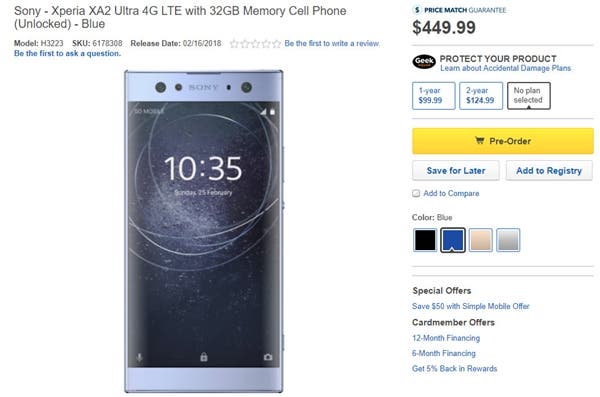 The original Sony Xperia XA2 comes with almost the same features as the previous version but with a few differences. Among them, we can mention the only memory variant of 3+32GB, 5.2-inch Full HD screen, 3300mAh battery, and 8MP front camera.

Next Sony Is Working On The World's First 4K OLED Smartphone