Generally, Xiaomi’s 5th-gen Mi line smartphones are very attractive. The Mi 5 is considered to be the company’s best phone taking the manufacturer to the new heights. And though the Mi 5S and Mi 5S Plus were packed with good hardware and perfect camera modules, they failed. The main reason why that happened is related to the customers’ expectations – they had been thinking these models should come with the best features, but they didn’t. Anyway, the Xiaomi Mi 5C sports the manufacturer’s own-made Surge S1 chip. And it’s considered to be the first step in a long journey. Finally, this series has another representative in face of the Xiaomi Mi 5C. The latter is also one of those rare phones launched in India, which is the second largest market for the manufacturer after the domestic market. Today it became known, the Mi 5X is considered to be the best phone in the Indian market under Rs. 20.000 ($314). 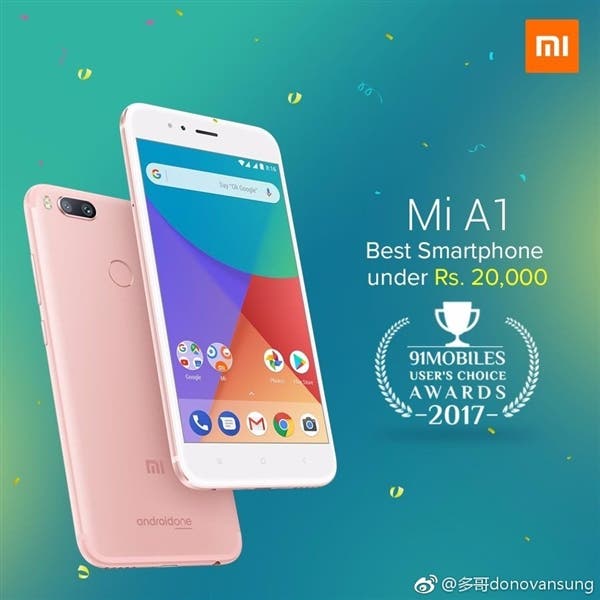 There are too many Chinese smartphone makers. But only a few of them has developed its own UI. Xiaomi is among them. The MIUI is considered to be one of the most popular mobile UI in the world. Recently the company announced there are 300 million MIUI users around the globe. But this software runs on Android. Therefore, it comes with a deep customization. So what should do those users who want to own a smartphone running on a pure Android? They have had to buy similar handsets directly from Android (the Pixel line) paying a fortune for them. Not to limit customers’ choice Google launched an interesting campaign named Android One. It offers different manufacturers to design phones that will run on the purest form of Android. The Chinese manufacturer was the second after Motorola joining this program. And its model is based on the Xiaomi Mi 5X. The Xiaomi Mi A1 differs from the latter only by the software. The rest remains the same. So when talking about the Mi 5X, we should also recall this phone. And though it is sold in European countries mainly, it has an impact on its founding father in India and other markets it is presented at.