With all major phone makers in advanced stages of Android Oreo rollout to their flagship phones, LG is on it too. It’s being reported that the unlocked LG V30 is getting some Oreo love. The report comes via an XDA user who uploaded a screenshot of the OTA landing on his phone. 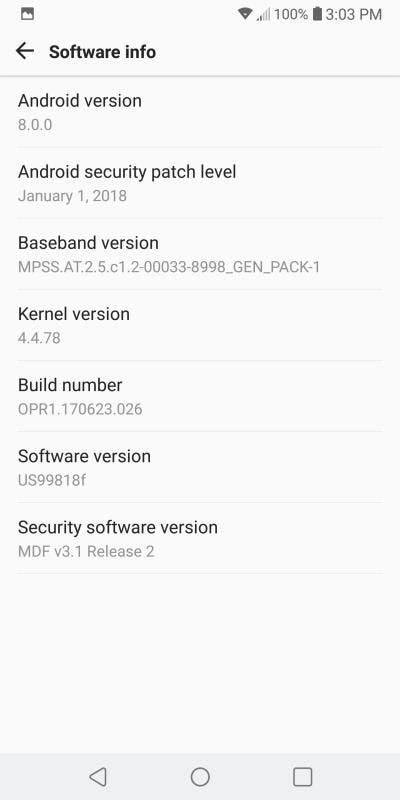 The update arrives with the build number US99818f also tugging along the January 2018 security patch. On the other hand, LG V30 and V30 + in S. Korea have already been on Oreo beta since last November. After one month, the beta test ended and S. Korean units have received stable Android Oreo.

With a stable build hitting the US, we can expect more countries to get the update sooner rather than later. The LG V30 is the most premium device LG has to offer currently. That also brings to mind the other forgotten flagship, the LG G6. With regards to that, LG is working on an update for the handset and might initiate OTAs this month itself. As for older flagships like the LG V20 and LG G5, they should hopefully see an update before the first half of 2018 comes to an end.

Next Huawei's Next Flagship to Provide SLR-like Experience