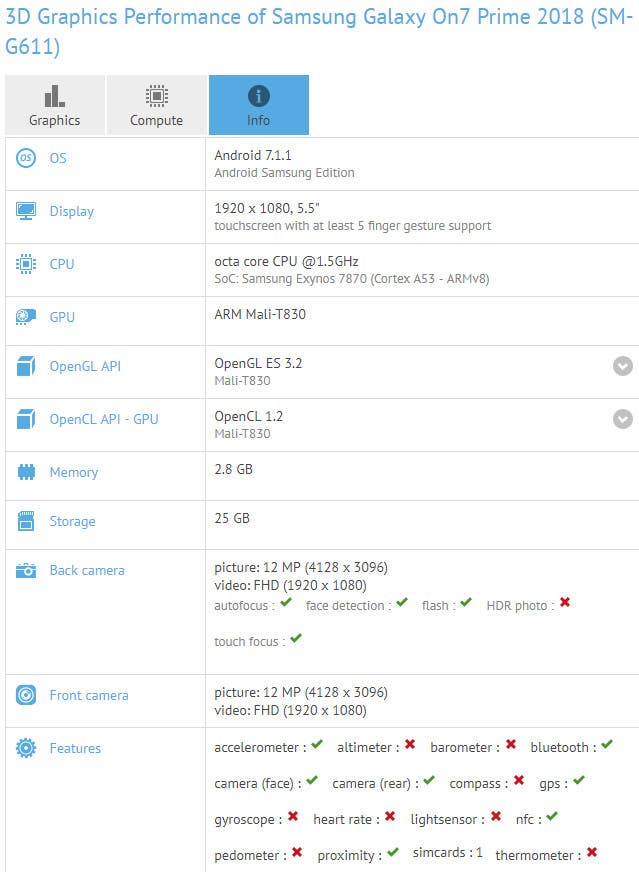 The only notable difference between the Samsung Galaxy J7 Prime and the Galaxy On7 Prime (2018) is in the selfie camera. While the former uses an 8MP front-facing snapper, the latter will come with a better 13MP shooter. Although the J7 Prime launched with Android 6.0 Marshmallow, it is scheduled to upgrade to Android Nougat which the Galaxy On7 Prime (2018) would sport. These smartphones are powered by an Octa-core Exynos 7870 processor coupled with 3GB of RAM, 32GB expandable storage, and a Mali-T830 MP1 GPU. Also common with these devices is the 5.5-inch display with full HD (1080p) resolution.