Xiaomi’s Mi Max 3 specs and speculated pricing has leaked. The leak was posted on Weibo. Judging from the specs, the Mi Max 3 will follow in its predecessor’s footsteps. 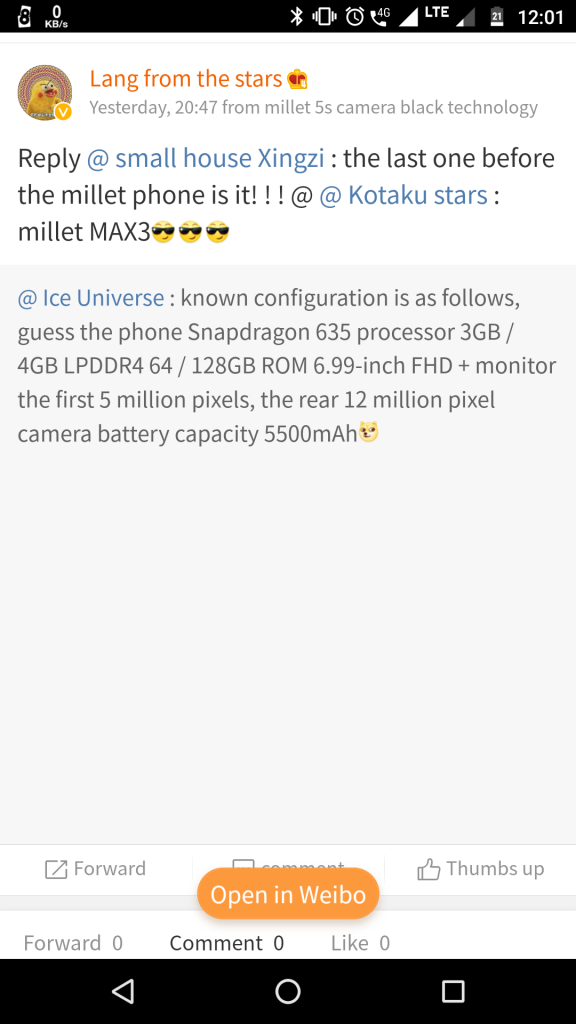 Dimensionally speaking, the Max 3 will sport almost the same dimensions as the Max 2 with the only difference being the speculated 7-inch full screen display, allowing for an aspect ratio of 18:9. This means that there will be no capacitive navigation, instead only screen navigation will be present. The full screen display does not come as. Surprise as most of the manufacturers are now turning more and more towards maintaining an 18:9 aspect ratio on the smartphones.

The post on Weibo reports presence of Qualcomm’s Snapdragon 635 processor and two memory options, 3GB/64GB and 4GB/128GB. A 5MP front camera and a 12MP rear camera is reported to be a part of the package along with a humongous 5500mAh battery. True to its name, the Mi Max 3 will be a formidable device if priced right. The tipster hints at a price tag of 1699 Yuan, translating roughly to $265. The tip corresponds to an earlier report regarding the Max 3, so it seems believable that the reported specs are true. But the report also claimed that the Max 3 will have a dual camera setup. The Max 3 is expected to see the light of day anytime during the end of the 2nd quarter, so it will be a while till we start seeing some true reports.