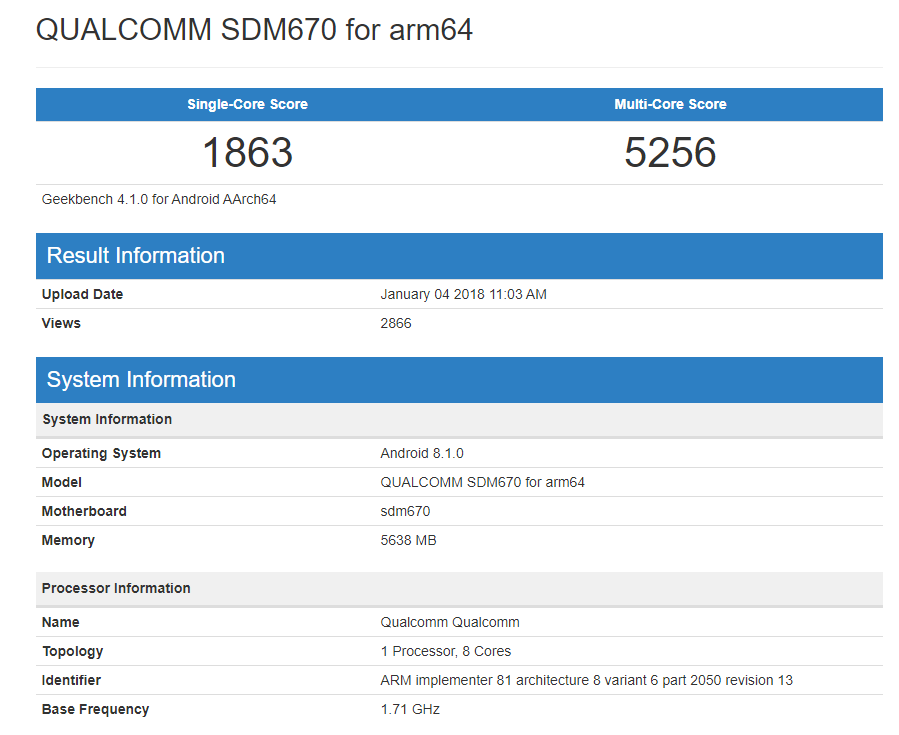 Comparing the performance values of Snapdragon 670 to that of Snapdragon 660, there is about a 35% improvement on SD 670. Please note that these values are not always a true representation of the GPU’s final performance. Nevertheless, getting this result is quite encouraging. Qualcomm has always been tight-lipped about the technical details of the Adreno GPU, thus we do not know exactly what the Snapdragon 670 used to boost its performance but this performance and improvement are definitely a huge leap forward.

Though nothing has been confirmed, speculations have it that the Snapdragon 670 is equipped with a 4x Kryo 360 custom cores and 4x Kryo 385 custom cores and these cores have 2Ghz and 1.6 GHz frequencies respectively. In addition, the Andreno 620 GPU will come with a Snapdragon X16 Cat. 16 LTE modem which will be able to achieve 1GB download speed and 150 Mbps upload speed. Geekbench rates the Snapdragon 670 quite high as its single core performance has a score of 1863 points while the multi-core performance racked up 5256 points. With this performance, we will hopefully see some flagship-like mid-range devices sport this chip.

Next OnePlus customers credit card data may have been compromised