Apparently, AllCall is very close to unveil their next flagship phone – the AllCall MIX 2, and if the renderings they’ve released today are anything to go by, the phone could actually be one of the best looking full screen devices coming into the market in 2018, albeit it does resemble a lot the Xiaomi Mi MIX2. Let’s check out the image below! 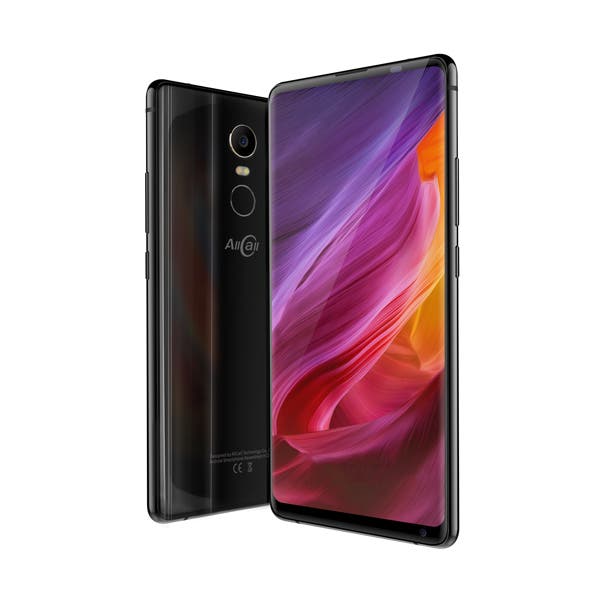 As we can see, the majority of the front of the phone will be taken up by the Full HD display surrounded by narrow top and bottom bezels. According to previous leaks, the phone is said to be coming with a screen-to-body-ratio of around 90%, which also forced them to move the front camera to the lower right corner (Mi MIX2 style).

From the render, we can also see that the side bezels are quite thin and we find a volume rocker and power key on the right edge. Meanwhile on the back of the smartphone we have a fingerprint scanner just below the rear camera and a two-LED flash. The vertical placement makes the sensor easy to reach and gives the entire back tidier look.

So, according to the renders, there’re no doubts the AllCall Mix2 is going to look beautiful, but what about its features and performance? Well, from previous news the phone has been confirmed to be packing Face ID 0.1s fast unlock technology, 10W fast wireless charging and latest powerful Mediatek Helio P23 chip supported by 6GB of RAM and up to a massive 256GB of storage.

You can learn the latest details directly from AllCall on their official website. In the meanwhile you can enter the giveaway to win free AllCall Mix2!

Previous Xiaomi Mi7 to Sport a Glass Back?