While there is the general belief that HMD Global‘s sole focus at the moment is probably the flagship Nokia 9 and a few other Nokia phones which should debut a few weeks from now,  recent reports indicate that the company is actually working on a new Penta-camera Nokia Phone which when released will shake the industry. We reported recently that the device will make use of an OZO camera -like design that will be slim to fit inside a phone, now thanks to early leaks coming out of China’s Baidu site, more details of what to expect from the have just surfaced.

If these details are true, then the device’s cameras unlike what many believe won’t come within a circular arrangement, but rather in a 1-1-3 formation as depicted by the sketch below and adorned by a LED flash and an unknown sensor. A single LED flash will be considered insufficient for a 5 camera system, so we assume the unknown sensor could be a second LED flash.  What remains unknown is whether the device will be adopting rotating Zoom camera tech from Zeiss. 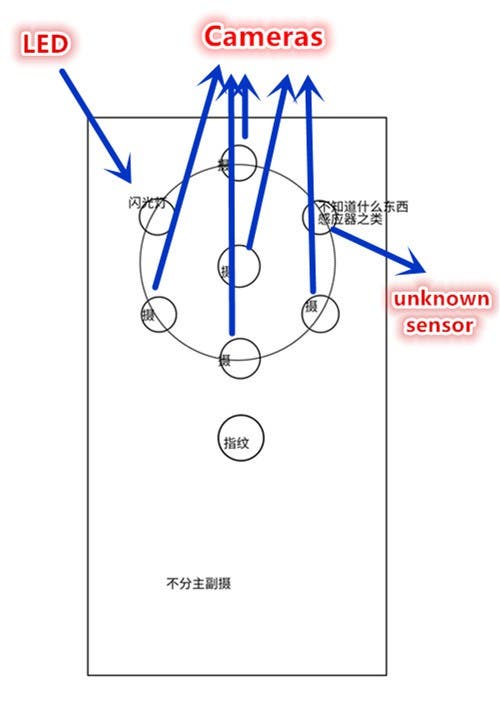 The device which is expected to drop later in 2018 will come with an unknown screen size utilizing the 18:9 aspect ratio. It is rumored to come with glass back with a fingerprint sensor, an indication that it will support wireless charging.

The phone is said to feature Qualcomm’s powerful new Snapdragon 845 processor, which will also feature in most flagship devices expected in the later part of 2018. Lastly, a source claims the device in question could be the Nokia 10, this has however not been confirmed, so we recommend you take this with a grain of salt.