As the current smartphones come with larger screens on a relatively small body size, the tablets are pushed out from the market. Instead of this, tablet PCs that are also known as 2-in-1 tablets are gaining momentum. Say, Microsoft is one of the leaders in this market, and though it doesn’t boast of great sales performance, the most eye-catching models come our way with a Surface brand. Moreover, if you want to acquire something cheaper, there are too many Chinese companies offering way more affordable tablet PCs. So we can state the portable mobile devices market is divided into two parts – smartphones and tablet PCs. This simply means the old good tablets are yielding their positions. But it doesn’t mean the manufacturers do not come in with new models. The launch frequency has slowed down, but we still can see new models coming from top brands such as Huawei, Lenovo, Xiaomi, and others. Today a new tablet named the Huawei MediaPad M5 has got an FCC certification that means it will hit the US market in the nearest future. 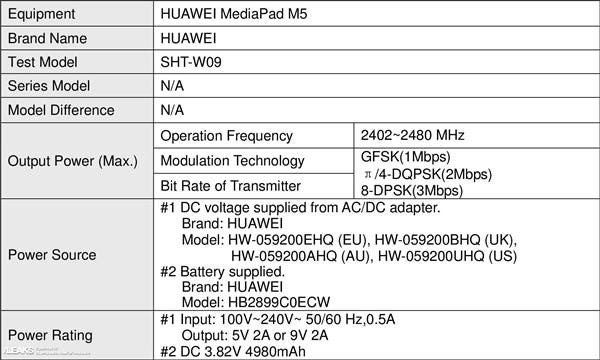 Back in December 2017, this tablet was leaked in some documents that revealed its specs list. Now when the Huawei MediaPad M5 has visited FCC, we can list its features completely. According to the FCC document, the tablet comes with a metal housing using a hidden U-shaped antenna design. On the upper left corner, we can see a single camera. The power button, as well as the volume rocker, are placed on the right side, while the SIM card slot supporting 4G connectivity is placed on the opposite side.

The Huawei MediaPad M5 aims at the high-end market. That’s why its specs list is quite impressive. It is packed with an 8.4-inch screen providing a 2560 × 1600 pixels resolution, Kirin 960 chip, 4980mAh battery, and Android 8.0 pre-installed. 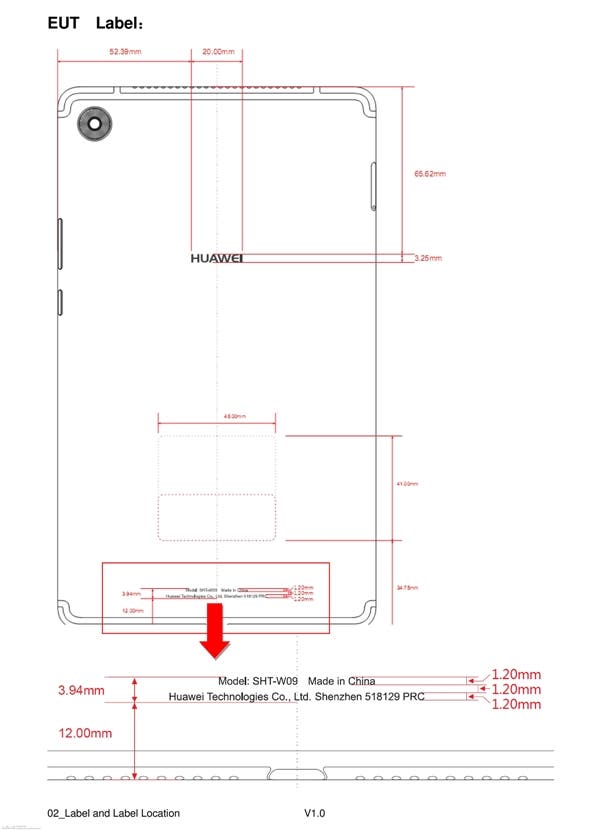 Earlier it’s been assumed to see this device at CES 2018. But there was no new tablet announced by Huawei. So we are waiting for it at MWC 2018.

From the specifications point of view, Huawei MediaPad positioning in the high-end, the main portable and long battery, the price of the aircraft, Slashleaks did not disclose, do not rule out it will debut MWC2018 possible.

Next Meizu 15 Plus Renderings Showcase Quite Interesting Design