Back in 2017, Google not only revealed a new version of Android but also revealed something to help with the OS fragmentation, the Project Treble. Treble is an included part of Android 8.0 Oreo and represents an entire overhaul in the architecture of the OS Framework. It basically modularizes the Software Framework to separate the vendor-specific code, thus allowing OEMs to save time in the update process.

The smartphones launched with Android Oreo are required to support Treble, however, it turns optional when a phone running an older version of Android receive an update to the 8.0 version. While Treble is meant to help manufacturers, it turned the job of third-party developers easier. The latest smartphones to receive Treble’s grace are the Honor 8 Pro and Honor 9. 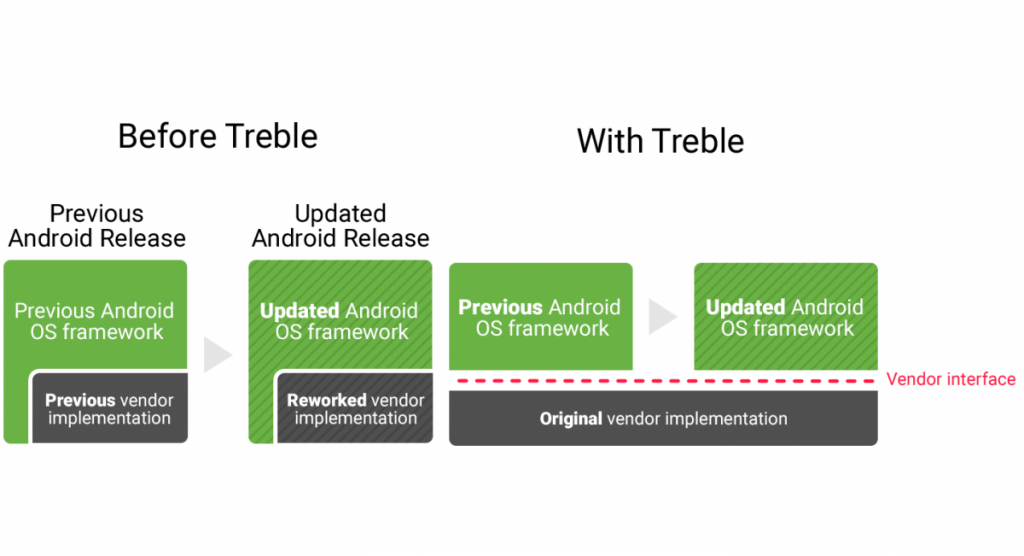 Huawei has been at the forefront of companies supporting Project Treble, as the company has enforced Project Treble support to all smartphones receiving the latest EMUI 8.0 update. Furthermore, all company’s latest smartphones launched with Android Oreo are Treble compatible. The AOSP Oreo update for Honor 9 arrives in a courtesy of XDA developer surdu_petru, while the update for Honor 8 Pro was brought by the OldDroid developer. Both developers are part of the OpenKirin group of ROM developers for Huawei and Honor smartphones and have developed this update thanks to a Generic AOSP build.

The Custom AOSP Oreo ROM does not include the tricks and custom features from Huawei’s software but keeps the stock EMUI camera. The build also includes Fingerprint gestures support, the animations present in Google Pixel, and the XPe Browser.

Currently, the builds are pretty fine for daily-usage and the only problem is that the 2G/3G indicators will always show full signal, despite their real condition. The AOSP build also doesn’t pass SafetyNet, so using Android Pay is impossible. Despite the referred issues, it’s incredible to see an AOSP version of Android perfectly running on the Honor smartphones.

If you’re an Honor 8 Pro or Honor 9 owner, and can’t wait to try the update on your smartphone, just head to XDA and follow the instructions. Treble is definitely a key to reducing the Android fragmentation. Not only that, it will open the doors for Custom ROM development in handsets that were considered impossible to work on.

Next Microsoft Band 3 would have been an excellent wearable

Get ready to pay more for smartphones next year

Smartphone sales for the first quarter grew by a quarter