The Microsoft Band 3 was in developments a few years ago, but suddenly Microsoft decided to pull out the plug on this promising wearable. It was canceled even before some fitness trackers became popular, but according to recent leaks, it would have all the necessary for standing out from the competition.

The Microsoft Band 3 would arrive bringing the better and correct heart rate reading, thanks to dedicated Electrocardiogram sensors. Additionally, the sensor would allow wearers to check blood pressure, stress levels, and temperature. The Band 3 could even pinpoint users, through precise readings, if they were in good healthy condition or if there was a problem.

While the Band 2 came with Water resistance, the Band 3 would be totally Waterproof. Thus allowing Microsoft to include some water-protection-dependant features such as swimming related data. The Band 3 could report swimming sessions laps, breaths per minute, and the heart rate. Microsoft latest band would also arrive with a slimmer design over its predecessor and would bring a new charger with fast charging technology. 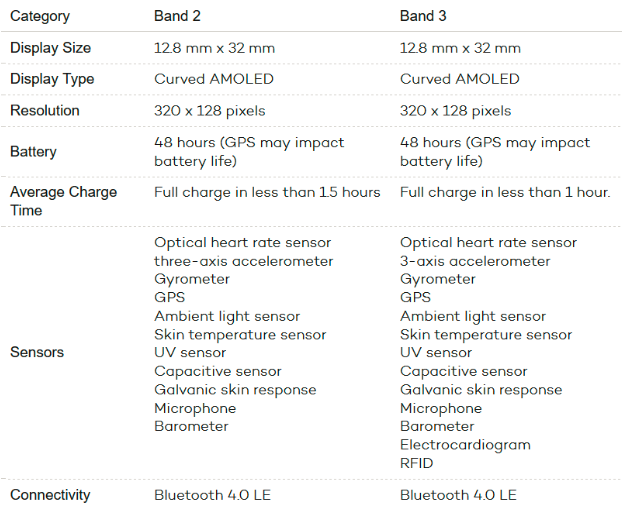 Unfortunately the rumors about Microsoft Band 3 have been circulating since 2016, however, the wearable never make it to the consumers. All we have are remainings of prototypes of this promising and unreleased healthy tracker. Currently, we can’t affirm if the US company gave up, or if there is a “Band 4” in the works. For now, all we can do is look to these prototypes and wonder if it would succeed.

Next Meizu 15 Plus Leaked Again, No mBack Button This Time