HMD Global has started rolling out Android 8.0 Oreo OS to its first generation of Nokia 6 a few hours after HMD Global Chief product officer revealed that the Nokia 3 will be the next to have a taste of the Oreo update.

Not like this wasn’t expected. The company promised to make the update available to users about two weeks ago when it first released the Oreo update to the second generation of Nokia 6.

The latest Android Oreo update which also bumps the Android security patch to that of January is currently rolling out to both the Chinese TA-1000 and the Global TA-1003 versions of the first generation Nokia 6. The firmware update weighs in at 1659MB and brings all of the features that you have come to expect from the Android Oreo OS plus a refreshed Settings UI, enhanced power saving and background activity manager. 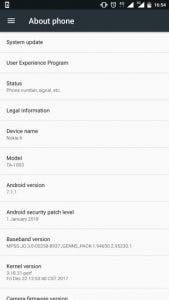 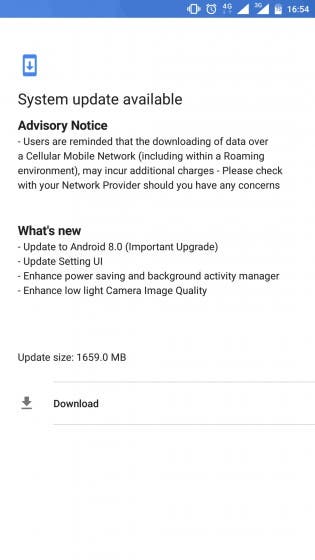 As it is always the case with most over-the-air firmware update, it may take a while take before the update reaches a lot of users. If you are not patient enough to wait for the OTA update, you can check manually via the phone’s settings and check for software update. To do so, go to Settings -> About Phone -> Software Update.

Previous Craving some midrange Xiaomi phone ? Have at it !