When OnePlus unveiled the Star Wars edition of the recent OnePlus 5T, the fans of the popular saga got their nerves shaking. The limited edition sold pretty well where it was released, and the strong Indian market was no exception. The OnePlus 5T arrived at India costing 38,999 Rs which converts to about $615. Despite the higher price, Indians consumers showed their “Force” and the phone sold out quickly after being launched.

However seems that the Empire Strikes Back, I mean… OnePlus strikes back, bringing the smartphone once again to India for those who missed the opportunity. The OnePlus 5T Star Wars edition with 128GB of Storage is available once again through OnePlus Official India website. 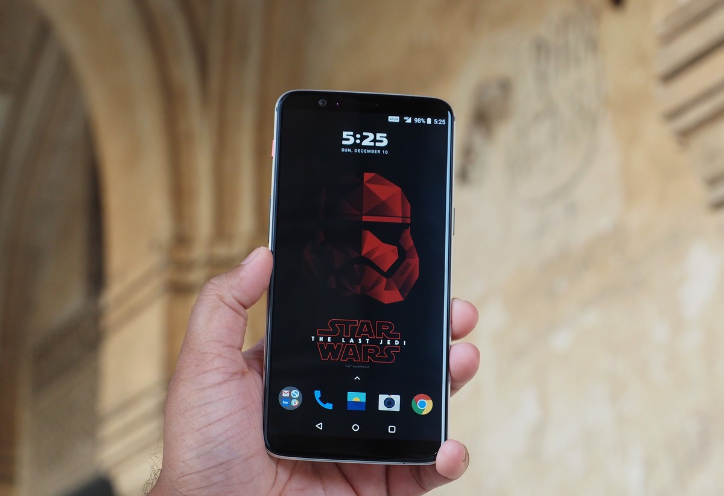 If you’ve been living in a cave or in a distant plant during the past months and missed all the OnePlus 5T magic, we are here to enlighten you. The OnePlus 5T was released back in November 2017, carrying a bezel-less 6-inch 2160x1080p AMOLED Display with the 18:9 aspect ratio. Under the hood the smartphone is powered by the strong Snapdragon 835 paired with 8GB of RAM and 128GB storage, worth to mention that the standard edition of the smartphone is also available with 6GB RAM + 64GB Storage. There is a dual camera setup on the back featuring 16MP and 20MP sensors, on the front the selfie lovers get covered by a 16MP camera. All the lights are kept by a 3,300mAh battery with Dash Charge support.

The OnePlus is facing a strong demand at India, the Lava Red version of the smartphone also got released in the country few days ago and is already sold out. Considering this huge demand, we advice any Indian consumer that is wishing to get the Star Wars Edition of the smartphone, to not wait so long since the smartphone might sold out again.