The 3rd-gen Xiaomi TV boxes have been very popular due to a minimalistic look, powerful hardware, innovations, a voice control, and an affordable price tag. But today the manufacturer came in with two new models that are going to beat their predecessors. Though the Xiaomi Mi Box 4 and 4C can’t be considered anything super-duper, they come with improved hardware, the same AI voice control system, and quite an affordable pricing as well. Though both models look identically, there are few differences between them affected the pricing. 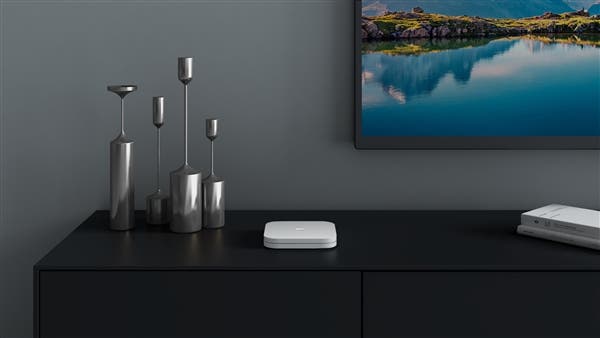 First, the Xiaomi Mi Box 4 and its sibling are packed with an Amlogic 64-bit processor using 4 Cortex-A53 cores that clock at 1.5GHz. This chip is paired with a built-in Mali-450 penta-core GPU clocked at 750MHz. thanks to it the Mi Box 4/4C is capable of providing 4K video as well as a 2K at 60fps. Of course, it supports HDR. 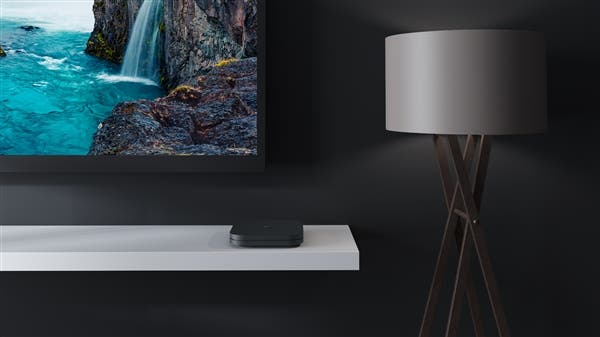 All these features sound good, but they are identical for both devices. However, the Xiaomi Mi Box 4C differs from the regular version by color, memory, and audio features. So if the Mi Box 4 comes with a white coloring, 2GB of RAM, 8GB of internal storage, and supports ports Bluetooth 4.1, DOLBY AUDIO, and DTS-HD audio dual decoding, the Mi Box 4C comes with a 1+8GB memory option, but doesn’t support Bluetooth, and comes with a DTS-HD audio support. The dimensions (95x95x16mm) are the same as the weight (145g). There are an HDMI port, two USB 2.0 ports, and an AV interface. 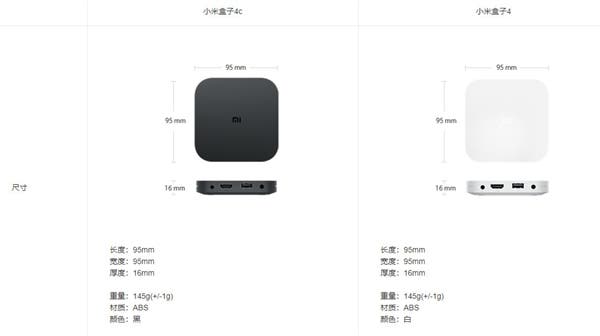 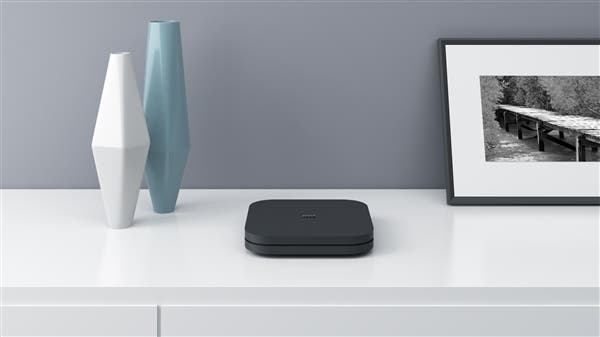 At last, the Xiaomi Mi Box 4 and 4C support the AI voice control system dubbed as the TV PathWall. It allows users to interact with the TV box via voice commands concerning the keyword/title search, apps/games launch, weather calendar, video encyclopedia, intelligent error correction, and so on. 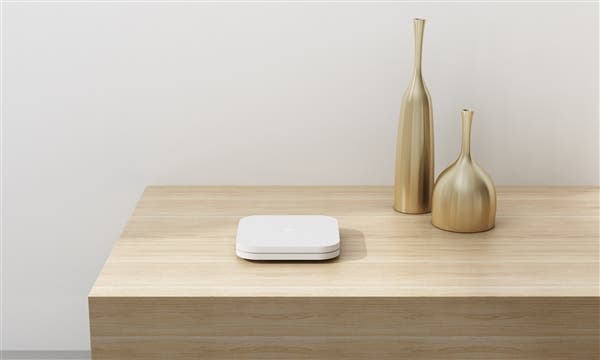