HMD already revived the mystic Nokia 3310 name with a revamped version of the original feature phone. The latest company’s revival will be the Sirocco a name that carries some premium nature. The HMD smartphone codenamed TA-1005 was just trademarked as Nokia 8 Sirocco.

If you’re too young to recall, the Sirocco’s naming appeared firstly on the Nokia 8800 Sirocco, a premium phone that got its naming inspired by a Mediterranean wind that comes from Sahara’s desert. The Sirocco brought some big changes from the original Nokia 8800, sporting a sapphire glass, steel panels, and a leather case. The Sirocco was the most expensive Nokia at the time. 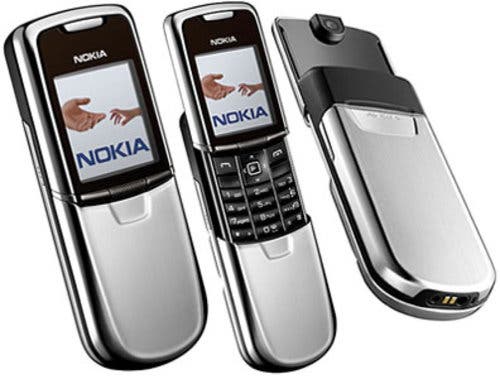 Worth to mention that the same TA-1005 has been attached to the rumored Nokia 9 flagship. The Nokia 9 would be an upgrade to fill all the gaps left by the unexpressive Nokia 8. Snapdragon 835, 6GB of RAM, Dual 12MP + 13MP main rear cameras, and a 3,285mAh battery are the main spotted differences, all the rest remain the same.

A few weeks ago HMD promised that great things would be unveiled during MWC 2018. With so many companies leaving the late February event to set their own release dates, HMD will be one among the courageous companies that will launch handsets during the expect Galaxy S9/S9+ show. If you by any chance didn’t like the Nokia 8, we expect the Sirocco model to be an upgraded premium version of the 2017’s flagship. So if you’re waiting for more of HMD’s Nokia don’t miss the MWC 2018, later on, this month.