Huawei has been on a roll with their smartphone lineup. The Chinese behemoth has released many new Huawei and Honor handsets, however, according to recent leaks the company is about to refresh the Huawei MediaPad series.

The advent of smartphones with large screens and a small body size have been putting aside the weak market of Tablets. However, some companies still insist on these already saturated devices, offering high-end specifications, specific features, and productivity-centric characteristics. This way, even though it does not please everyone, the product can be well received by a certain niche.

Even though Huawei has slowed down its tablet lineup, the company didn’t scrap their plans. Based on this, and in a myriad of leaks, the company should be almost ready for a release of the new successor for its MediPad series, the Huawei MediaPad 5. Earlier rumors pointed that this device could arrive during the CES 2018, but in the end, it missed the event. The large screen device got FCC certification in the last month and now made its way through GeekBench database. 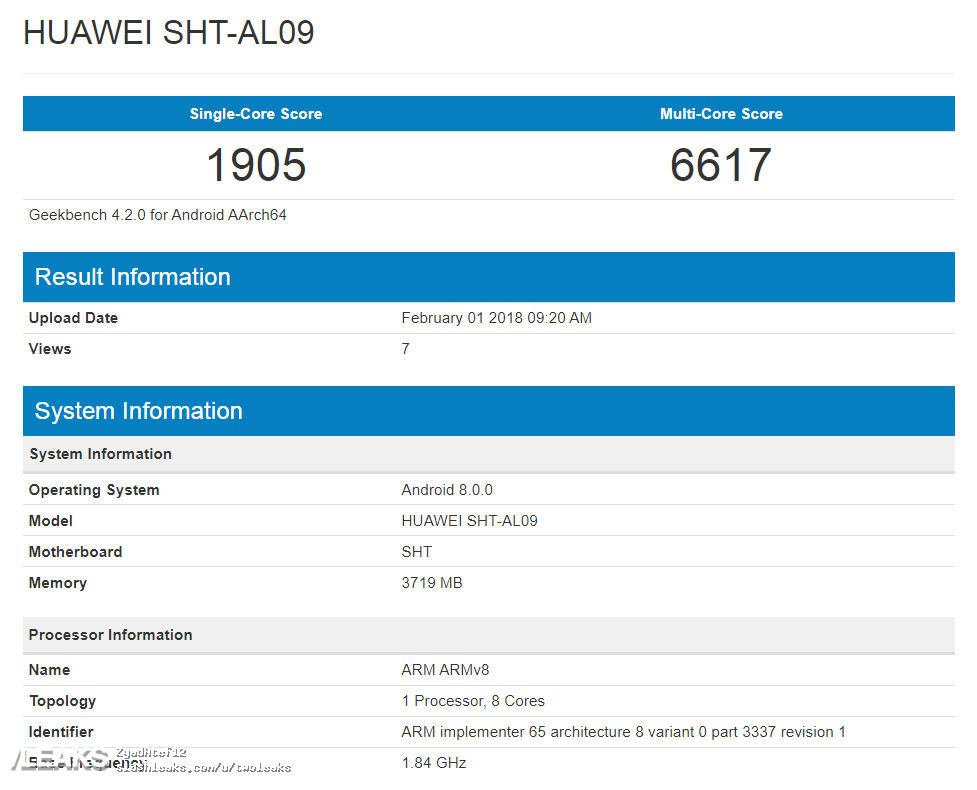 The popular Benchmark&Specs listing site confirmed pretty much the specifications for the handset. The Huawei MediaPad 5 will pack an 8.4-inch screen with the resolution of 2560 × 1600 pixels. All the power will be ensured by the HiSilicon Kirin 960 paired with 4GB of RAM. The MediaPad 5 runs the latest version of Google OS, The Android 8.0 Oreo. Although this hasn’t been confirmed, we think that this may be another Huawei device to support Project Treble, but only time will tell. For keeping all the lights on, the large device counts with a 4,980mAh battery.

Since this handset was not revealed during CES 2018, we would expect it arrival during MWC 2018. However there is the third option, and it would be at the same event where Huawei will unveil the newest Huawei P flagship, on March 27th.