Today, on February 2 Apple announced the earnings and shipments for the first quarter of 2018 and revealed some information about the revenue as of December 30, 2017. According to it, Apple’s revenue was $88.293 billion, which is a 13% increase in comparison to last year’s $78.35 billion. At the same time, the net income reached $20.065 billion. Thus it was increased by 12%. 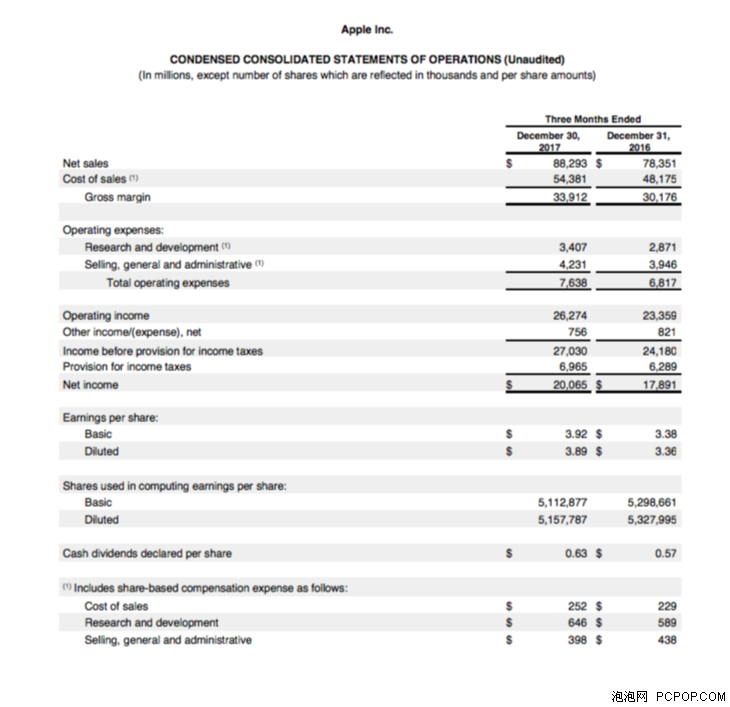 As for shipments, Apple sold 77.316 million iPhones in the first quarter, which is a 1% down in comparison to the same period of 2017, and it’s slightly below of the 79 million units estimated by Wall Street analysts. The Cupertino-based company also sold 13.17 million iPads (1% increase) and 5.112 million Macs (5% down). 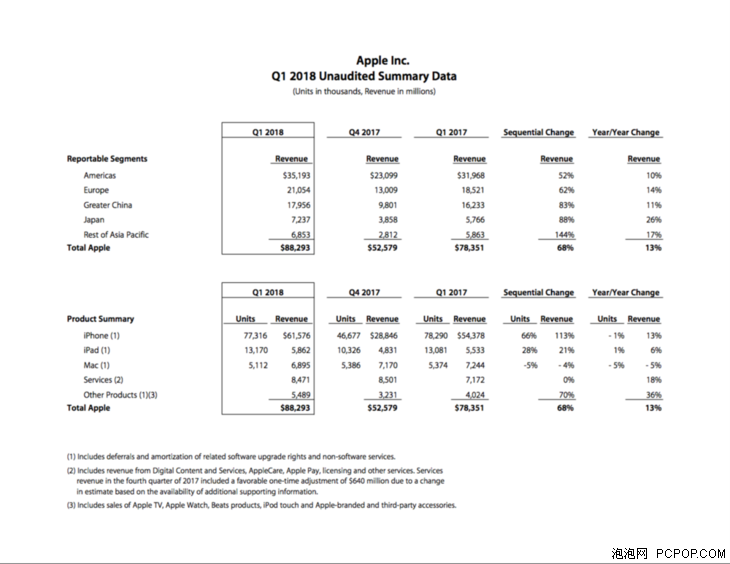 This is the best quarter in the company’s history. Though the sales growth varies from region to region, they all provide a two-digit increase. Moreover, the iPhone X ignores all the rumors and is considered the best-selling iPhone surpassing all expectations.

For the next quarter, Apple also expects to get $60-62 billion revenue. This number is a bit lower than Yahoo’s prediction of $65.7 billion. But seems Apple will be satisfied even with such results.

P.S. Today IDC published data concerning the global smartphones shipments in the Q4, 2017, and according to it, Apple is the first outrunning Samsung.

Previous IDC Report: Apple is the First, Xiaomi is the Fourth

Next Samsung Galaxy S9 Active is in the works, possible codename revealed