Today IDC, a well-known research company provided a complete data concerning the global smartphones market shipments in the Q4, 2017. Though the main players remain the same, their positions in the top five have been changed. Now the list is led by Apple. It’s followed by Samsung, Huawei, Xiaomi, and OPPO. Let’s get acquainted with the numbers and look at the charts showcasing the real state of the market. 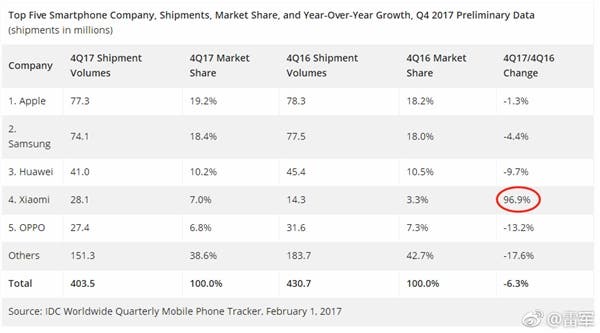 In the Q4, 2017 the global smartphone shipments reached 403.5 million units. Thus it decreased by 6.3% in comparison to the same period of 2016. And though Apple is the first with 77.3 million shipped units and market share of 19.2%, it is down by 1.3%. However, due to the overall decline in the market, the Cupertino-based company has grabbed the toppest position. 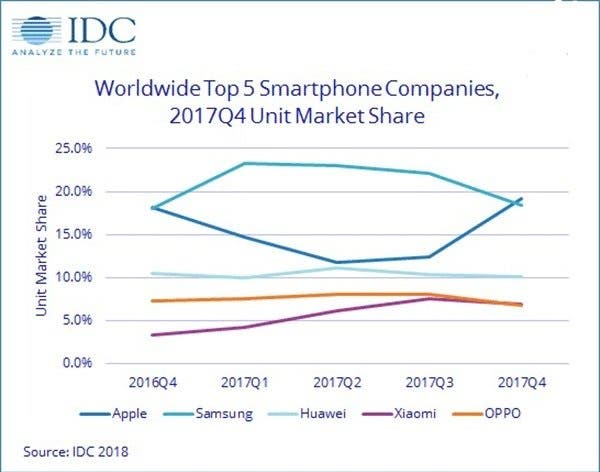 The biggest surprise comes our way from Xiaomi. It’s fourth with a growth of 96.9%. It shipped 28.1 million units and got a market share of 7%.

Previous Elephone already working on the next model from the "U" series ?