We reported earlier that apart from OnePlus, Xiaomi is also looking to embrace a gesture-based navigation system. As such, the Chinese phone maker had been testing gestures on its beta builds of the Mi Mix 2. Now, the Redmi 5/5 Plus will be the next devices to receive the gesture UI similar to the iPhone X. In fact some Chinese users have already received the update with the working feature.

A short GIF has made it to us demonstrating how the gestures work on the Redmi 5 Plus. The short clip demos how sliding from the bottom takes you back to the desktop. While pausing after a slide opens the multitasking tray. Slide up either from the left or right will take you a step back. This is as close to the iPhone X gestures you can get right now. 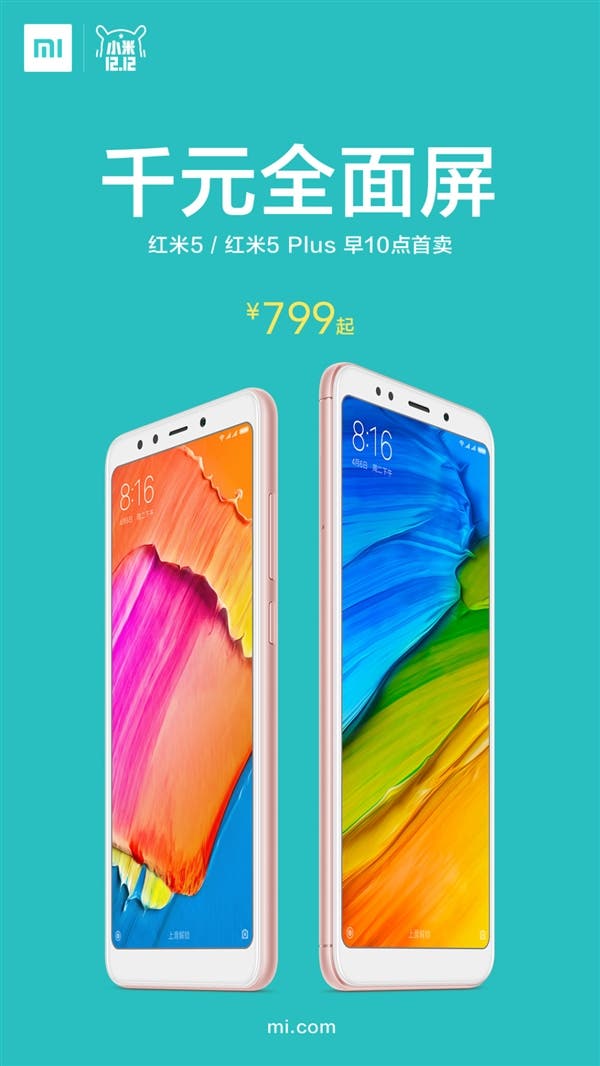 Gestures have just started to become a thing after Android OEMs embraced the 18:9 aspect ratio. Despite the tall displays, the on-screen navigation bar still takes up quite a bit of space. Hence, gestures have been introduced. The OnePlus 5T recently just got an optional gesture navigation system. We hope Xiaomi keeps it that way too as users always like choices. As of now, gestures are targeted only at thin-bezel phones which are the Redmi 5/5 Plus. It isn’t known whether older Xiaomi devices will get it in the future.

It seems that the Chinese variants have started getting the new update with the gesture feature. As for other countries, the handset has still just been released in Taiwan and Malaysia only. However, a global launch seems imminent as the handset has passed Wi-Fi Alliance successfully.

Next Asus ZenFone 5 get leaked with 18:9 display, and an iPhone X-like rear camera