HTC might not be showing off stuff at MWC 2018, but they just actually showed off the HTC U12 flagship at a 5G event in Taiwan. We earlier learnt that HTC wouldn’t show off the device at the MWC 2018. Now, the handset wasn’t previewed at the event, but only to demo its 5G prowess. Neither has HTC declared that the handset is an HTC U12. 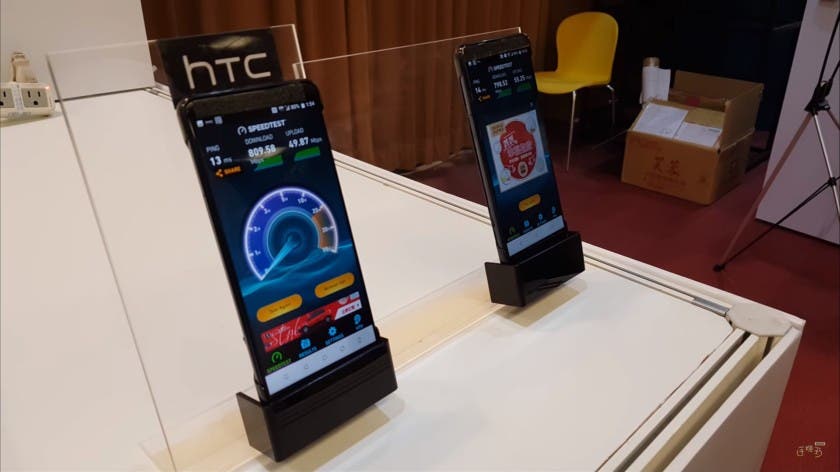 However, tipster extraordinaire, Evan Blass through his tweet cleared the air regarding the device’s identity. Blass also stated that HTC U12 is codenamed HTC Imagine. Hence what we’re left with is an image of the device that just shows its front. HTC will undoubtedly endow the upcoming flagship with an 18:9 aspect ratio display. Gathering from earlier info, we know that the HTC U12 might adorn a 4K display.

Being a flagship, the Snapdragon 845 chipset is a given in the device. A more recent render suggested that the HTC phone would come with an Iris scanner, probably a first for an HTC flagship.

The demo was thankfully also captured on a YouTube channel. Take a look at the link below and see what you like.

As for its 5G capability, it was demonstrated to reach up to 809.58 Mbps download speeds. The HTC U12 is not expected at the MWC 2018 event, which is a bummer. We’re expecting the phone to launch in March or April.

Next Elephone U & U Pro spot sale available, save up to $20