Chinese smartphone manufacturer, OnePlus, has been a pretty face in the smartphone manufacturing industry since the launch of OnePus 5T in November 2017. The first batch of this smartphone sold out within seconds and until today, no major complaint has been made for this device. Since its launch, the company has released the Lava Red version, Star Wars Edition, Sandstone White Variant, and a new Red version of OP5T is coming soon. In addition, this smartphone which launched with OxygenOS based on Android 7.1.1 Nougat has been upgraded to Android Oreo. All these coupled with the fact that the hardware and performance of this flagship device are top-notch, it has been listed as the “best smartphone of 2017” by Tweakers Awards 17/18. It scored 17.26% to claim the top spot while Apple iPhone X and Samsung Galaxy S8 scored 15.95% and 13.83% respectively to occupy second and third positions respectively. 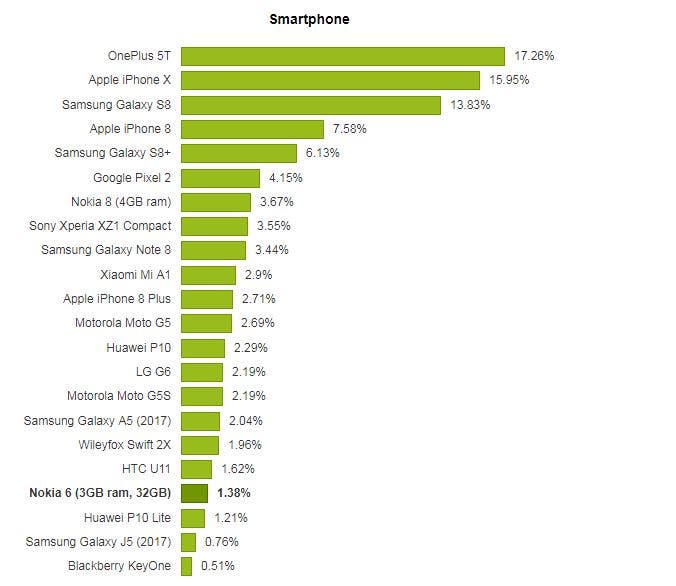 Moving over to the wearable category, Apple Watch Series 3 occupied the top spot with 32.96% while Samsung Gear Sport and Nokia Steel came second and third with 12.2% and 10.24% respectively. Apart from OnePlus, Huawei, Xiaomi and Lenovo are other Chinese brands that made the list in the different categories. 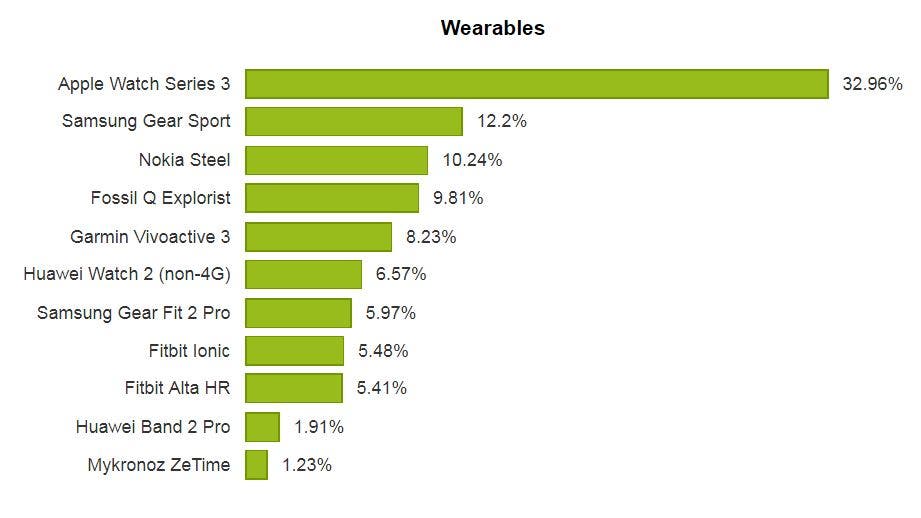 Ass a reminder, OP5T is powered by a Snapdragon 835 processor coupled with 6GB of RAM and 64GB of Storage or 8GB RAM and 128GB of internal storage. It is equipped with a Gorilla Glass 5 protected 6-inch AMOLED display having an 18:9 aspect ratio with a 1080 x 2160 pixel resolution. In the camera department, we have a 20MP + 16MP dual setup on the rear with a 16MP unit on the front for selfie’s lovers. It runs a pre-installed Android Nougat OS (upgraded to Android Oreo) and its lights are kept on by a 3300mAh battery which supports Dash Charge. As at the time of its release, the 6 GB RAM + 64 GB storage and 8 GB RAM + 128 GB storage variants of this smartphone come with a price tag of 2,999 Yuan (~$453) and 3,499 Yuan (~$530) respectively.