We’re  only a couple of days away from the official unveiling of the Galaxy S9 duo and while Samsung is still very mute on what we’re going to be getting, there’s, however, a lot of reasons to be excited. Just a few hours ago, we got to know that the Galaxy S9+ will pack the Sony IMX345 sensor with its rear camera having variable aperture – f/1.5 to f/2.4 – as well as 480fps slow-mo video capture.

Now, we have a clear look at a supposed official renders of devices in Lilac Purple thanks to the reliable leaker Evan Blass. The renders reveal both the S9 and s9+ with the conventional all-black front, while the rear and the sides get the Lilac purple color.

The renders once again confirm that only the Galaxy S9 will feature a single rear camera, while the S9+ will have a dual rear camera setup in a vertical arrangement These cameras are expected to be 12-megapixels with variable aperture – f/1.5 to f/2.4 – as well as 480fps slow-mo video capture.

Below the rear camera there is a fingerprint sensor, so unlocking the Galaxy S9 duo with your fingers should now be less cumbersome than it is for the current flagships with their unusual fingerprint scanner placement.

On the front, we can see a front-facing camera and several other sensors housed in what looks like a more streamlined top and bottom bezels, while the sides barely house any bezel. 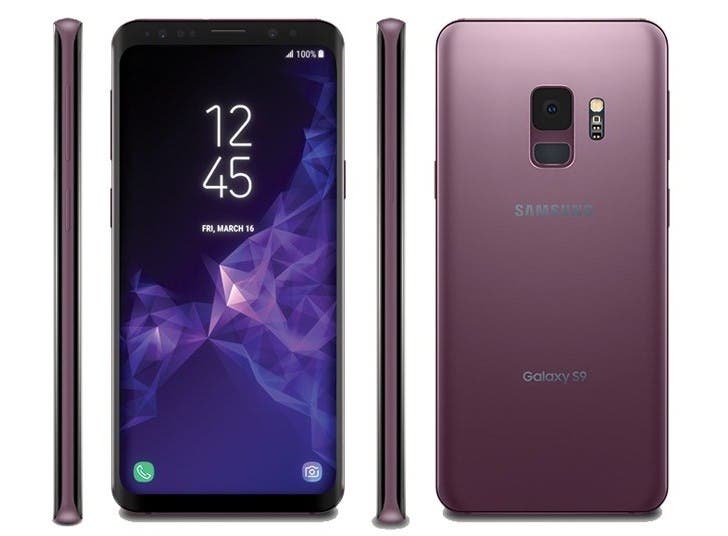 We certainly have to wait for Samsung’s event on February 25th in Barcelona to find out more about the Galaxy S9 and the plus-sized variant.