Vivo recently made headlines when it announced the Vivo X20 plus UD – a variant of the Vivo X20 plus with an under-display fingerprint scanner. The company doesn’t seem to be resting on its laurels, though, as we almost immediately began to hear rumors relating to the Vivo X30, which aside from having the Under-display fingerprint scanner looks set to sporting an iPhone X-like design with a notch on its top bezel. Today, yet a new Vivo phone with virtually 100% Screen-to-Body Ratio has surfaced on China’s microblogging site Weibo.

Though the rear side of the device hasn’t been revealed, so there is virtually no way we can confirm if the image seen above is actually a Vivo phone. The image spotted on Weibo is quite attractive, but unfortunately doesn’t come with any specs just yet. 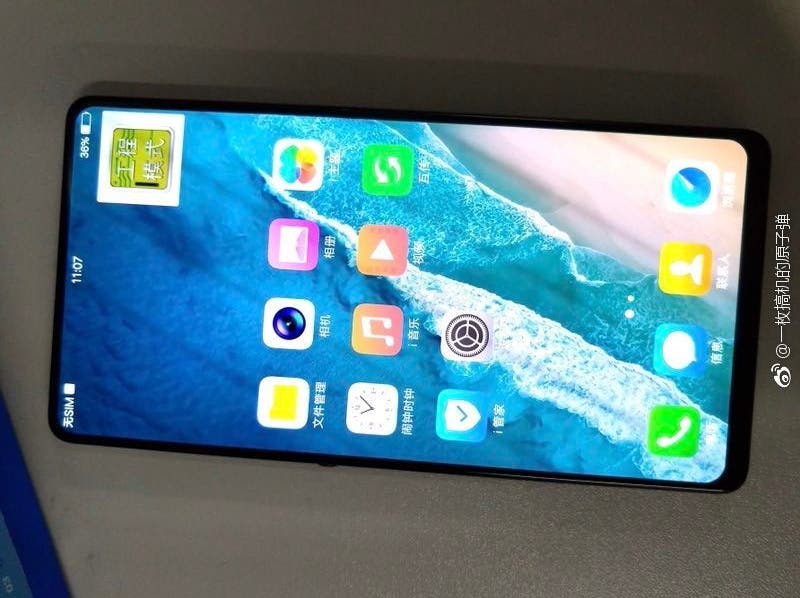 We can see from the leaked image that there seems not to be any trace of sensors or earpiece as the upper bezel of the phone is too thin to house any sensor, while the bottom bezel which is large enough to house the front-facing camera looks empty. So its safe to assume the phone might come with an earpiece embed under the display, while the fingerprint scanner might be under the display or on the reverse side, but it is too early to assume that since we are yet to see the reverse side of the device.

Hopefully, we’ll get to see/ hear more on this in the following days.