There have been a series of rumors, leaks, and speculations with respect to the upcoming Xiaomi Mi 7. This situation is consistent with any major flagship and most of these leaks and rumors should be taken with a pinch of salt. Only a few information regarding this smartphone are confirmed – we know for sure that it will be sporting Qualcomm’s flagship, Snapdragon 845 chipset. Although it is widely speculated that Xiaomi plans to unveil the flagship Mi 7 at the upcoming Mobile World Congress in Barcelona, there are also speculations from some quarters that the company will have to pass with respect to releasing this device at MWC. 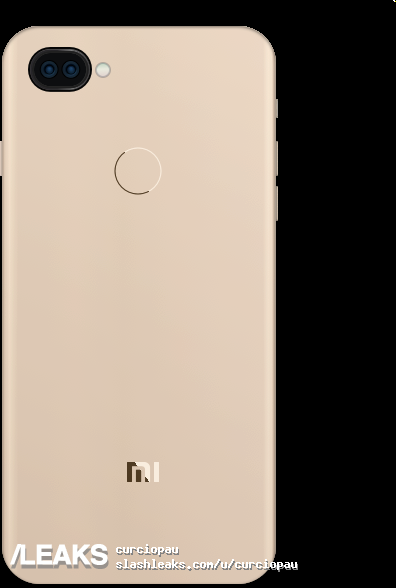 In terms of renders, we have seen a couple of images with a completely bezel-less front design and a very thin top bezel, while others have a full-screen design with a notch like the iPhone X. Previous images of the Mi 7 rear design show that this smartphone will come with horizontally arranged dual rear cameras placed at the top-left corner of the smartphone. Today, another “crooked” looking mock-up image appeared on slashleaks. The image shows a horizontally arranged dual rear camera with the LED flash positioned to the right of the cameras. This is in contrast to a previous image that shows that the LED flash lies to the left of the camera. As crooked as this image looks, it appears more authentic than the previous image which is probably a fabrication. Other information that was revealed from this render includes the rear fingerprint scanner (many were hoping that it will sport an on-screen fingerprint sensor) and when viewed from behind, it has three knobs on the right side and one on the left. These buttons are obviously for volume control, power on/off and probably a designated button for specific purposes.

From previous reports, the Xiaomi Mi 7 is expected to pack a 5.65-inch display with the trendy 18:9 aspect ratio. It will also have a plus variant which will come with the same 18:9 aspect ratio but with a larger 6.01-inch OLED screen by Samsung. The Mi 7 is expected to boot Android Oreo out of the box and be powered by a Snapdragon 845 mobile platform coupled with 6GB or 8GB of RAM. There have also been unconfirmed reports of a 12MP Sony IMX363 camera. It is also speculated that the Xiaomi Mi 7 will be powered by a 3500mAh battery which supports a wireless charge. Most speculations regarding the price points to a 3000 Yuan ($468) price tag. Well, rumors and speculations are not to be taken seriously because only a small fraction of these leaks turns out to be true.

Next Bluboo S2 takes it's rotating camera design to MWC 2018