News and rumors of devices tipped to be launched at the 2018 MWC are rolling in non-stop. A couple of days from now our attention, and of course that of the rest of the mobile world, will be centered solely on Barcelona Spain where the world’s biggest mobile technology trade show will be held. 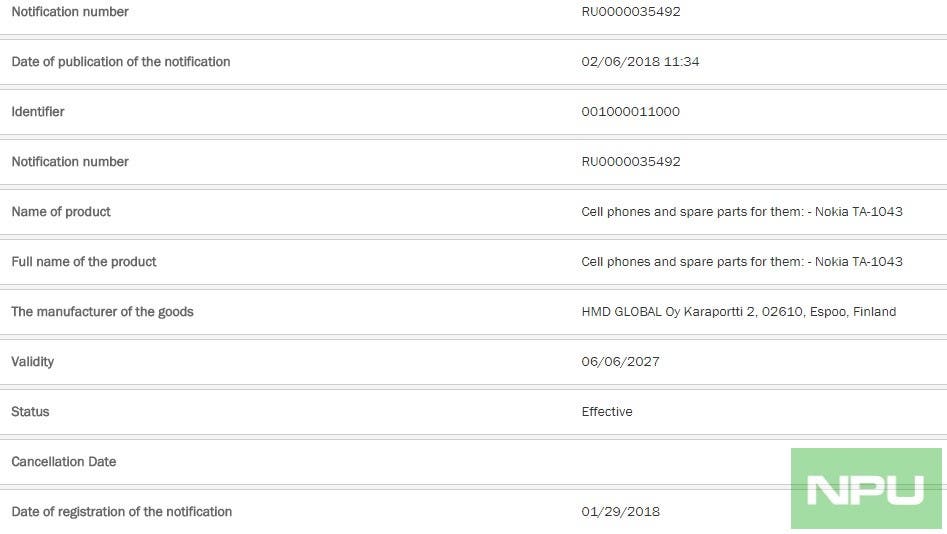 While HMD Global has tons of devices already certified and rumored for MWC launch, a few of them which already are in the news such as the Nokia 1, Nokia 4 and Nokia 7 plus are yet to be certified by any known certification body. This has fueled speculations that the two unannounced Nokia devices (TA-1043 and TA-1046) which have just been certified in Russia may be any two of the Nokia 1, 4 and 7 plus.

The Nokia TA-1043 and TA-1046 are new to the headlines and as such have no definitive connection with any unannounced Nokia phones, but we hope to get more details about the duo later this month as they are both expected to debut at HMD MWC event in Barcelona. Don’t expect any of the Nokia 8 Sirocco as the alleged device is now associated with the model number TA-1005 .

Previous Nokia 7 Plus With An 18:9 Screen and Carl Zeiss Optics Shown In Photos