The first smartphones packing the Snapdragon 845 are expected to be released late on this month, during MWC 2018. However, it doesn’t stop Qualcomm from teasing us with a taste of the performance that the chipset will offer.

The new Snapdragon 845 offers a new CPU design which consists of 4x Cortex-A75 and 4x Cortex-A55. Despite the fact that the chipset has two separated quad-cores they aren’t split into two clusters. Instead, the Snapdragon 845 will be the very first chipset to support DynamIQ, which will allow a better voltage and frequency control.

The chipset max frequency goes up to 2,8GHz, a 0,33 increase from the 2017’s Snapdragon 835, that came with 2,47GHz max frequency. Despite all this processing power, no brand was confident enough to clock the Snapdragon 835 at max rate, we expect the same to happen during this year with the newest SoC.

The Snapdragon 845 shows major improvements in the integer and floating point tasks. This new SoC is built on a 10nm LPP process, which should allow for a slightly higher clock at the same energy cost from its predecessor.

In what concerns to Graphical processing power, the Snapdragon counts with the newest Adreno 630, according to the benchmarks results the GPU will be another strong point of the processor. The Reference Design device made the iPhone X a little less confident and blown away all the Android smartphones competition. 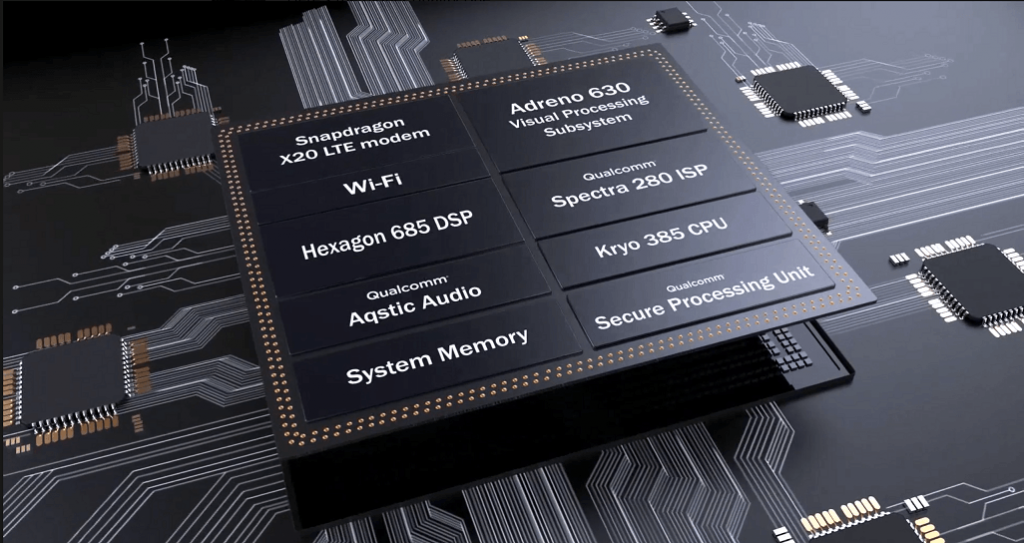 The Snapdragon 845 surpass the performance of all SoC present in the Android part of the market, and it includes the very powerful Kirin 970. However, we still aren’t aware of the Samsung Exynos 9810 results, since the South-Korean didn’t disclose any benchmark until the moment.

Definitely, the Snapdragon 845 will be a debut of all interesting stuff coming from Qualcomm in 2018. Keep tuned to see which brand will bring the first device to sport such powerful processing package.