Xiaomi is set to launch the Redmi Note 5 tomorrow. Buzz around the hugely popular Redmi Note series is high in India as the company prepares for an introduction of the 5th generation of the series. However, a lot of confusion has been brewing surrounding the variants. The latest reports suggested there will be a Redmi Note 5 Pro variant that will be revealed alongside the Redmi Note 5. And there is. Take a look below. 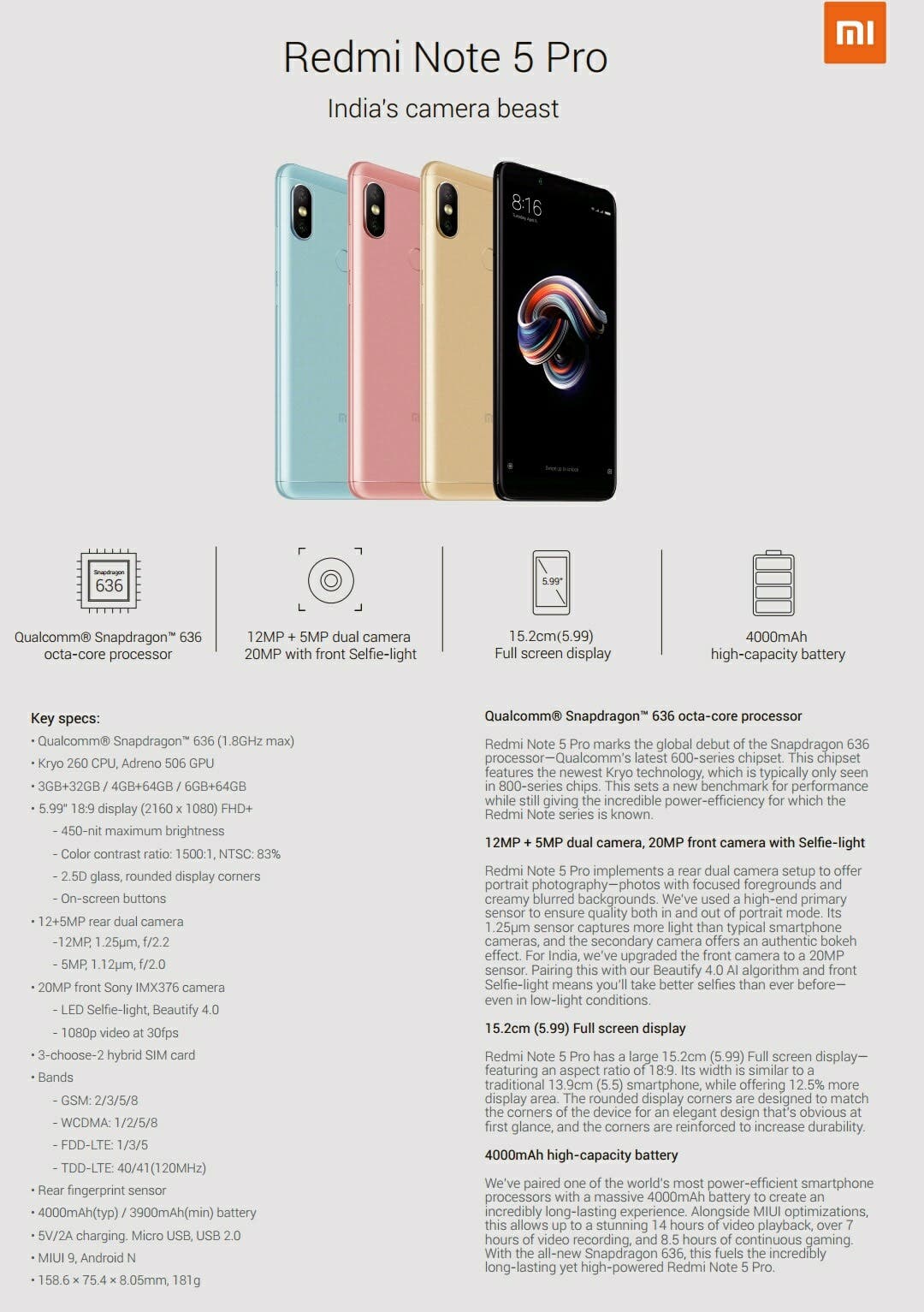 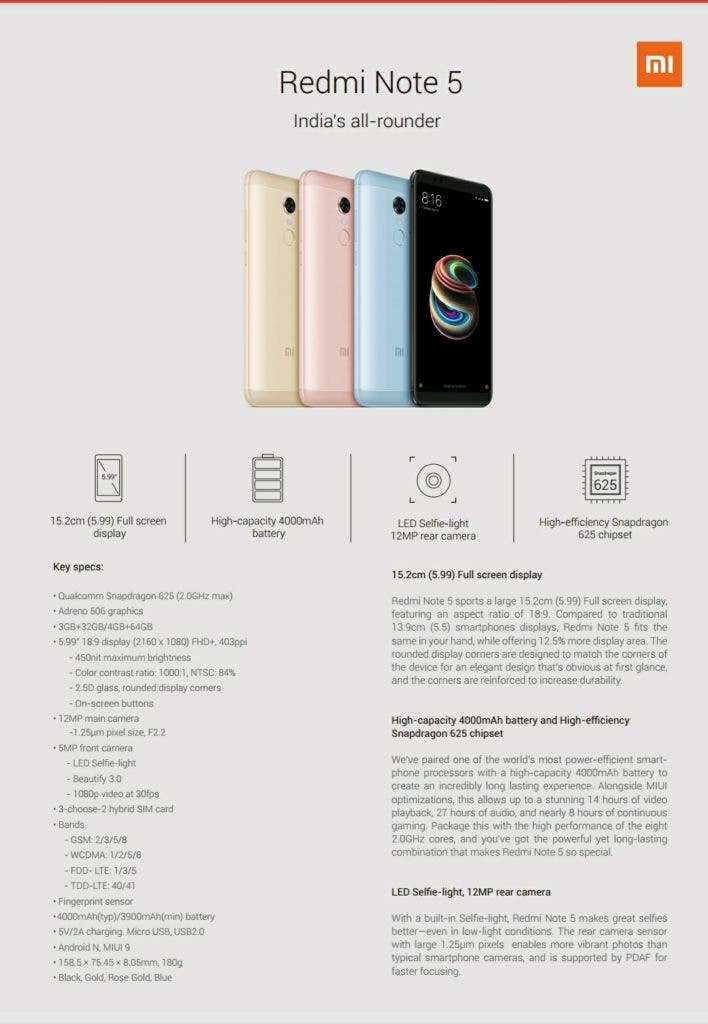 Among the highlights of the Redmi Note 5 Pro is a dual camera, an improved selfie shooter with AI, an upgraded processor and MIUI 9. Moreovoer, the official banners say the Redmi Note 5 Pro will come with a 12MP + 5 MP duo. Xiaomi has focused on the selfie snapper of the Pro variant as it features a 20MP Sony IMX376 single shooter. It comes with Beautify 4.0 and 1080p videos at 30 fps. As for the processor, the Snapdragon 636 SoC will be in the driver’s seat. Both the Redmi Note 5 variants come with the same 5.99-inch Full-HD+ display with 18:9 aspect ratio and on-screen navigation keys.

Pricing of the variants is not yet known. We’ll know them tomorrow at the launch event. As for the Redmi Note 5, we said earlier that it is basically the Redmi 5 Plus. For more info on the specs, take a look at the official renders above.

Next Huawei P20 plus leaked with thin bezels and display notch