Huawei has confirmed it will be launching some new products on March 27th via a press invite. The event which will see the introduction of the Huawei P20 or P11 depending on which Huawei decides to use will take place in Paris, France. The regular Huawei P20 has been confirmed to come with triple rear cameras, while the P20 lite variant will make do with regular two rear cameras. Now, a new leaked image allegedly that of the Huawei P20 Plus variant has surfaced online revealing some very prominent features.

The image of the alleged Huawei P20 plus first sighted by  Android Hits reveals a device with an iPhone X like display notch similar to that of the Huawei P20 lite revealed earlier on by FCC. Like the P20 lite, the notch on the P20 plus houses the front camera, earpiece speaker, and the subsidiary sensors. The screen occupies virtually all available area with bezels that are almost not in existence especially on both sides, giving us with the impression that the device will come with the trendy 18:9 aspect ratio.

While no images of the rear are available at the moment, earlier reports have it that the device will either use all glass or ceramics material while there should be triple cameras as confirmed by a CAD render of the device which surfaced earlier in the month. 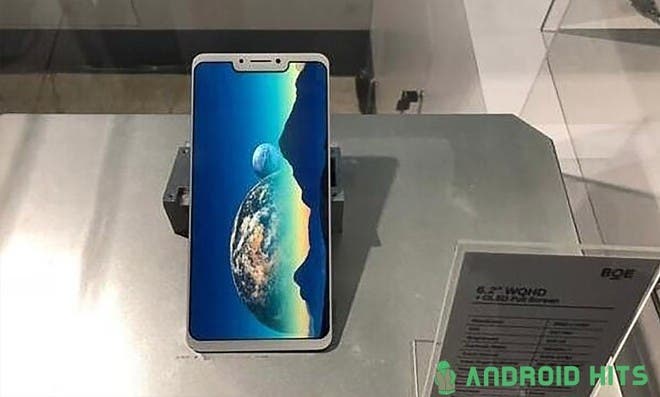 Aside from the CAD design of the device, we, unfortunately, have no glimpse of what the device holds in terms of the internals, so we might have to patiently wait until March 27 when the device will be made official.