HMD once again is showing its commitment in what concerns to keeping their lineup of smartphones updated. Today company’s Chief Product Officer – Juho Sarvikas, announced through his Twitter account, the official rollout of Android 8.1 Oreo for the Nokia 8.

We are rolling out #AndroidOreo 8.1 on #Nokia8 ! Get the sweetest Android to date #Nokia8 #Nokiamobile pic.twitter.com/3pRlNuPIpe

The smartphone received the Android Oreo before the end of 2017, and just a few time later, it gave its first steps through the Oreo 8.1 Beta Program. The newest release is notable since the Nokia 8 is now the first non-Google handset to officially receive an update to the latest 8.1 version. 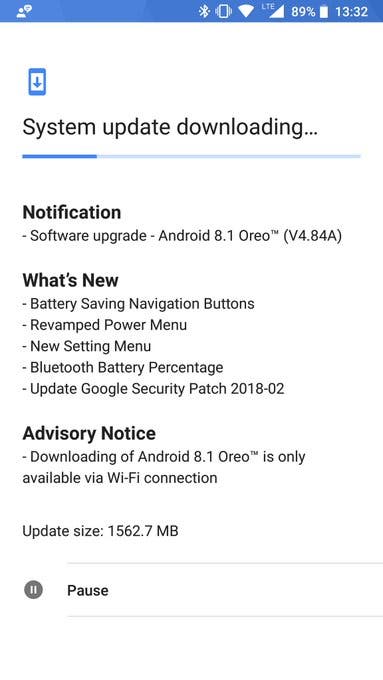 According to users reports, the update weighs at 1,6GB and carries the V4.84A Build Number. While the 8.1 update doesn’t bring any major changes from the previous 8.0 release, it provides some handful tweaks and adds a Bluetooth battery percentage indicator. The latest release also introduces Google’s February security patch.

Since the update is rolling out in an incremental form it may take a while to arrive for all Nokia 8 smartphones. However, some users are reporting that the process of turning off and on the handset is enough to be prompted by the update. If that procedure doesn’t work, then just sit and wait for a while.

Worth to mention that since the Nokia 8 is now rolling the most updated Android version, HMD Global can now rest and put all its focus in the coming MWC 2018. Where the company is expected to unveil a new premium version of the Nokia 8, called Nokia 8 Sirocco, as well as a possible Nokia 9 and the Nokia 7 Plus.

Next New Real Images Of Meizu 15 Plus Appears Online