It really looks like UMiDiGi is on a streak these past months, releasing a new flagship phone every now and then, before the old one has even reached the hands of consumers. But with so many competitors in the market, the OEM Chinese company is trying to upgrade the smartphones it produces, by adding many more features to the new ones. Compared with smartphones of any other brands present in the market, UMIDIGI S2 Lite is a beautiful, affordable smartphone and comes with really interesting features.

Enter the UMiDiGi S2 Lite, the latest in the onslaught of UMiDiGi devices, this time coming in bright red.

In terms of overall appearance, body build and form, the UMIDIGI S2 Lite takes resemblance from its predecessors, the S2 and S2 Pro. Actually, there’s a 99% chance you would fail at differentiating the three devices on the basis of looks if placed side by side. It weighs approximately 186 gr. (thanks to its massive 5100 mAh battery) and its size is 158 x 74,8 x 8,8 mm. This means that it’s really thin for a phone with such a large battery- and this is good, believe me. 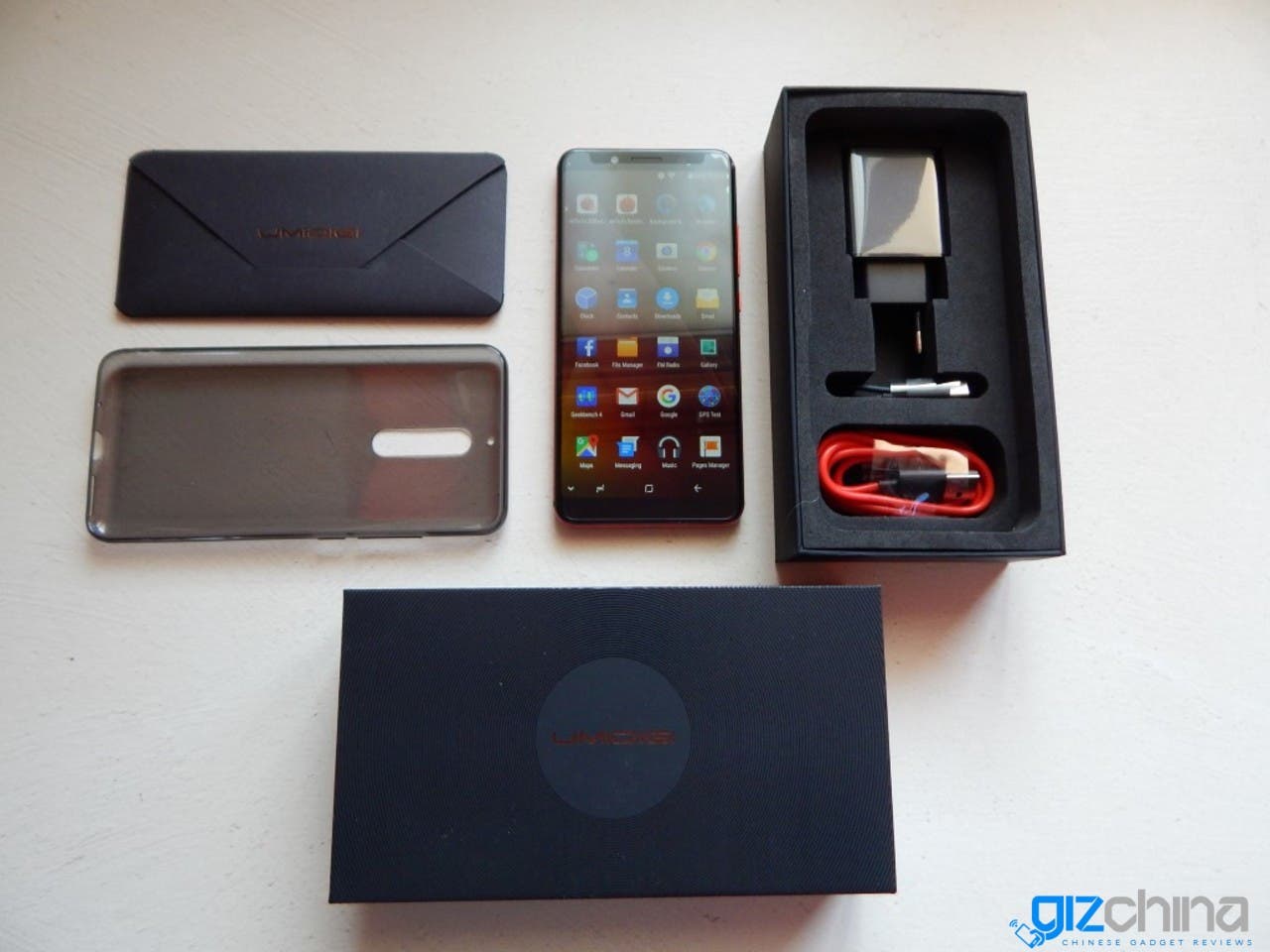 The UMiDIGI S2 Lite has its main dual camera on the rear and a fingerprint sensor right below them. On the front, there is neither no capacitive button nor home button. The device’s frontal is almost empty. Only the screen, selfie camera and secondary earpiece play occupancy. 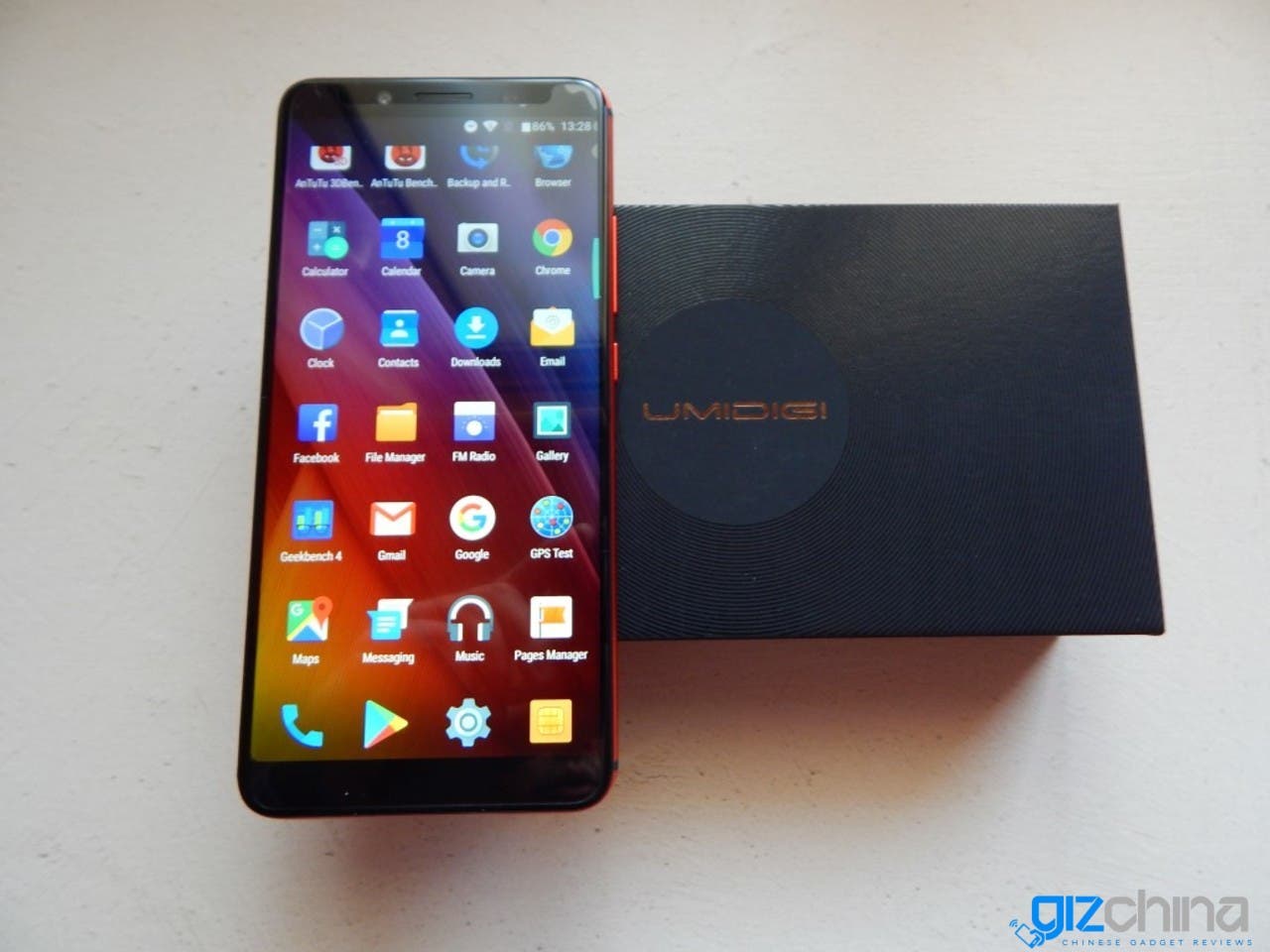 Big thanks to UMiDiGi for providing this review unit. You can buy one here 🙂

The screen is a 5.99-inches IPS panel, with a HD+ resolution of 720 x 1440 pixels. The display comes with 2.5D curved glass with a 268.78 PPI pixel density, equipped with Corning’s Gorilla Glass system for screen protection.

The bright, chili red colour of this phone really sold me. I pride myself on being immune to colour choice, but man has this red really sold me. Let’s ignore the eye catching color for a moment, the build quality here is good but… not excellent. It looks and feels like every previous UMiDiGi phone all the way back to the UMi Super which isn’t totally a bad thing. The phone is fairly easy to hold, but not as easy as a five-incher, the thinness does make it feel very small though. 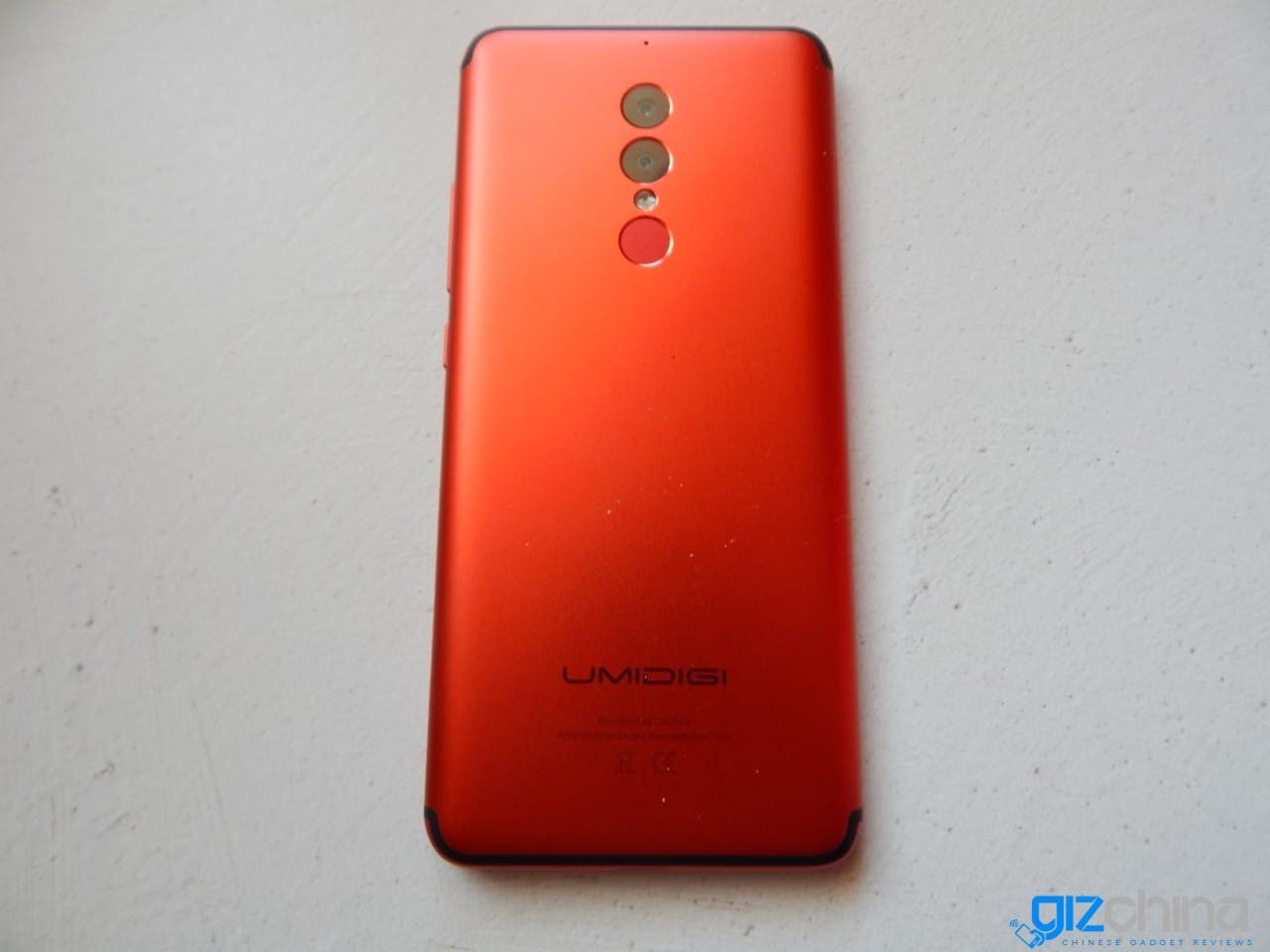 The metal body is well made, the metal feels a bit thin on the back and tolerances are generally sharp with one possible exception; the camera module. I’m not sure if this is a quality control issue or a design choice, but the dual camera module is about a half a millimeter off center (up and down). This does not affect the functionality or performance of the phone in any way. 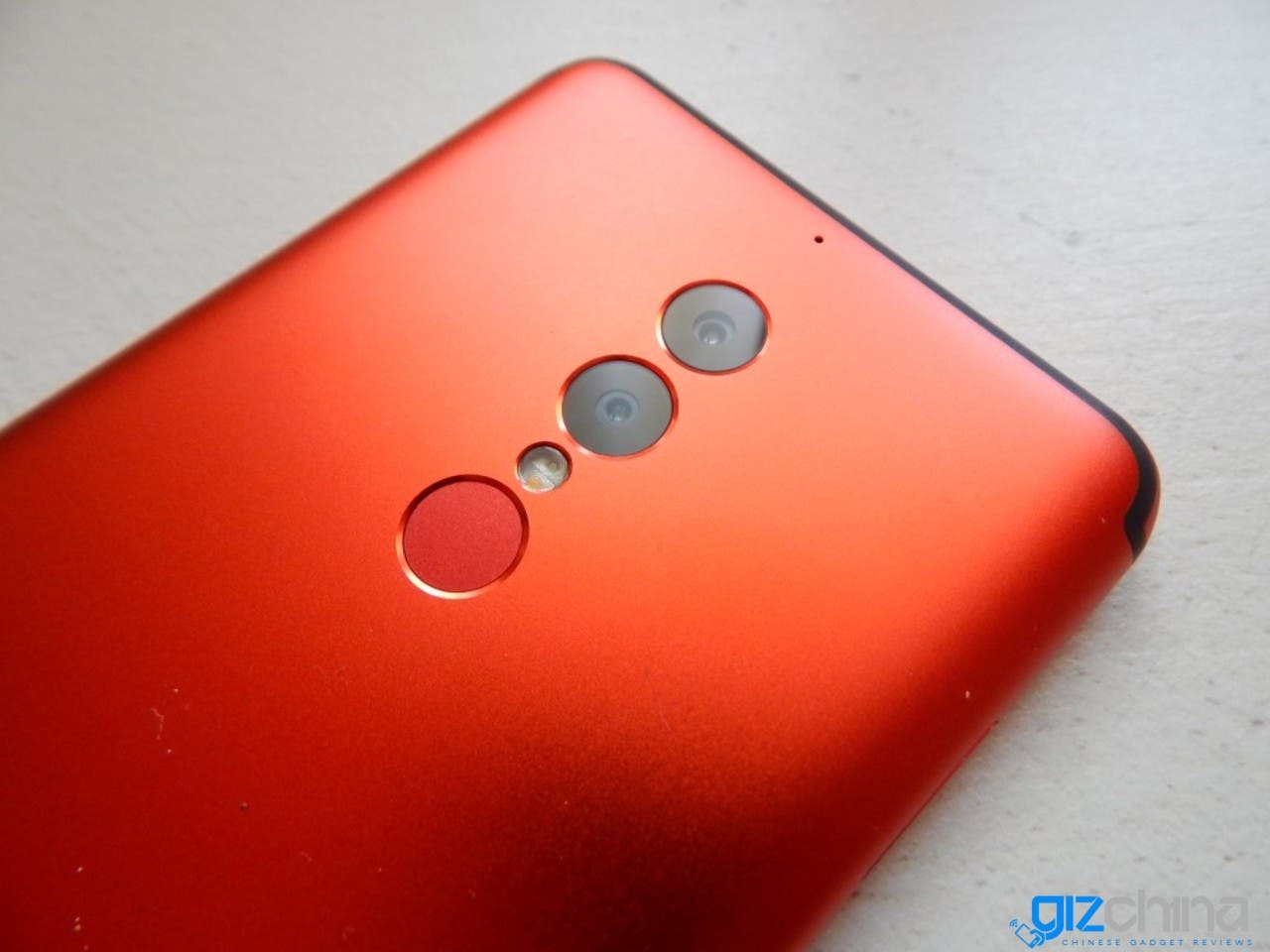 The S2 Lite has a rear camera on its back with a finger sensor below it. It has no home button or menu bottom in the front. As we mentioned earlier, the screen size is 5.99 inches and has HD resolution of 720 x 1440 pixels. The display has 2.5D curved glass and Corning Gorilla Glass 4 protection. 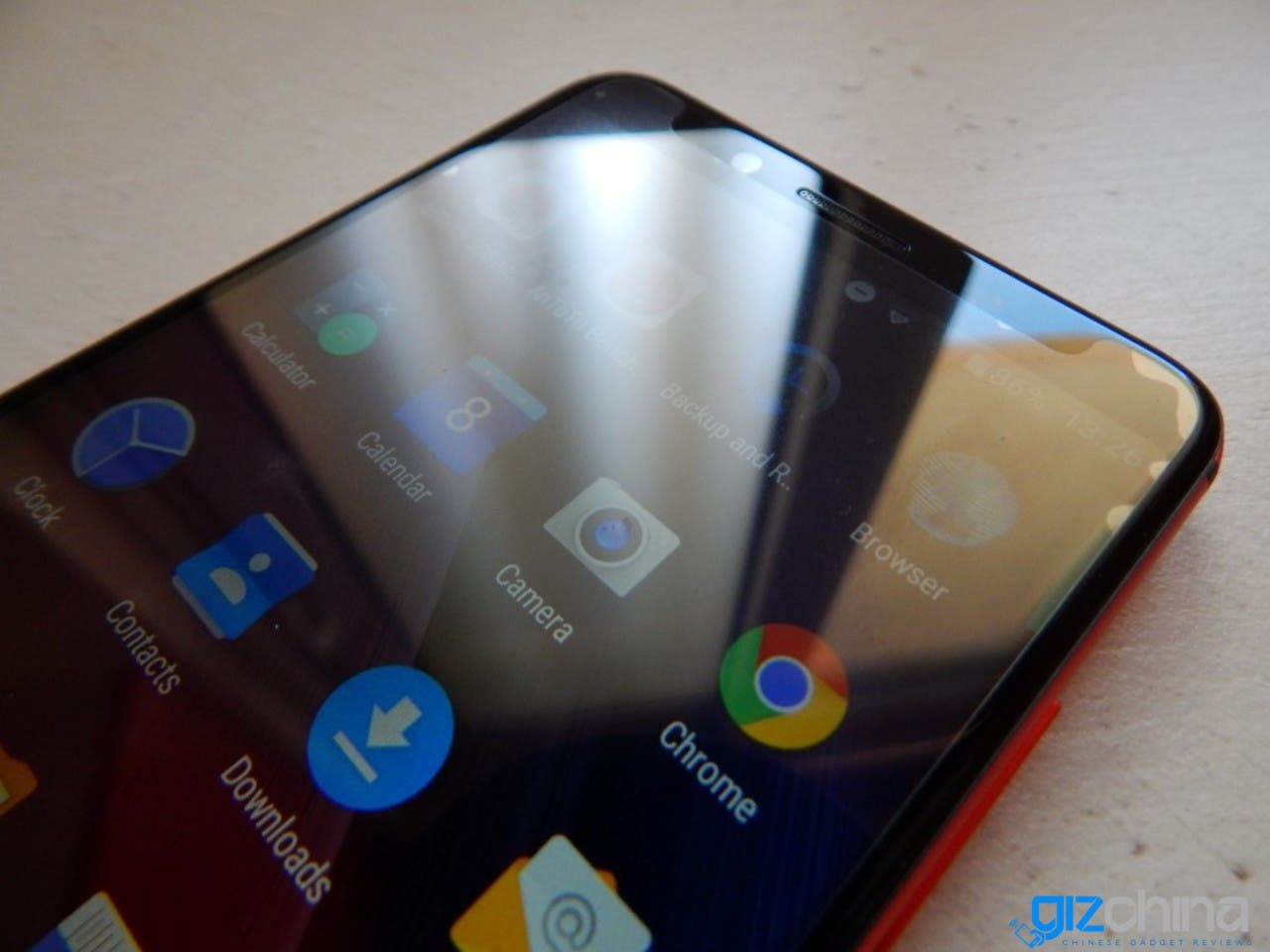 This display does have a slightly blue/purple tint that is almost unnoticeable in real life but does show quite noticeably on camera. Max brightness tops out around 400 nits which is quite respectable for such a panel, and is also quite easily viewable under direct sunlight. Touch sensitivity is excellent and Gorilla Glass 4 provides scratch protection and a smooth surface to swipe on. 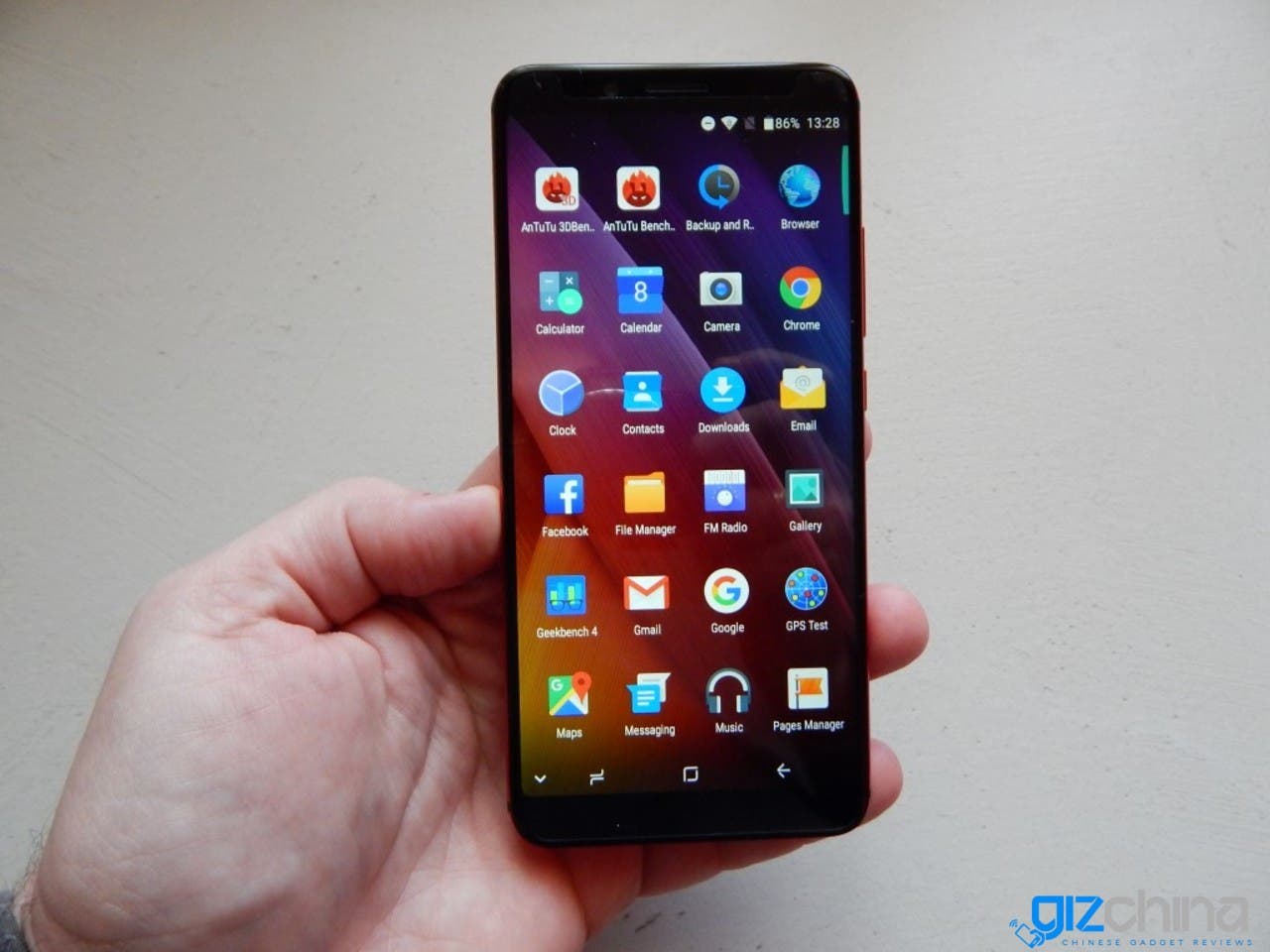 The combination of the 5100mAh battery, IPS display, and the MTK6750T SoC should provide great battery life. And while that holds mostly true, I believe its battery life could definitely be better. I managed to get approximately 6,3 hours of screen on time with ease, ending the day with 20% left. This consisted of about 2 hours of YouTube, about an hour of gaming, 2 hours of local video playback, and about 4 hours of Bluetooth music in addition to all the miscellaneous items I performed such as Whatsapp, texting, FaceBook etc. 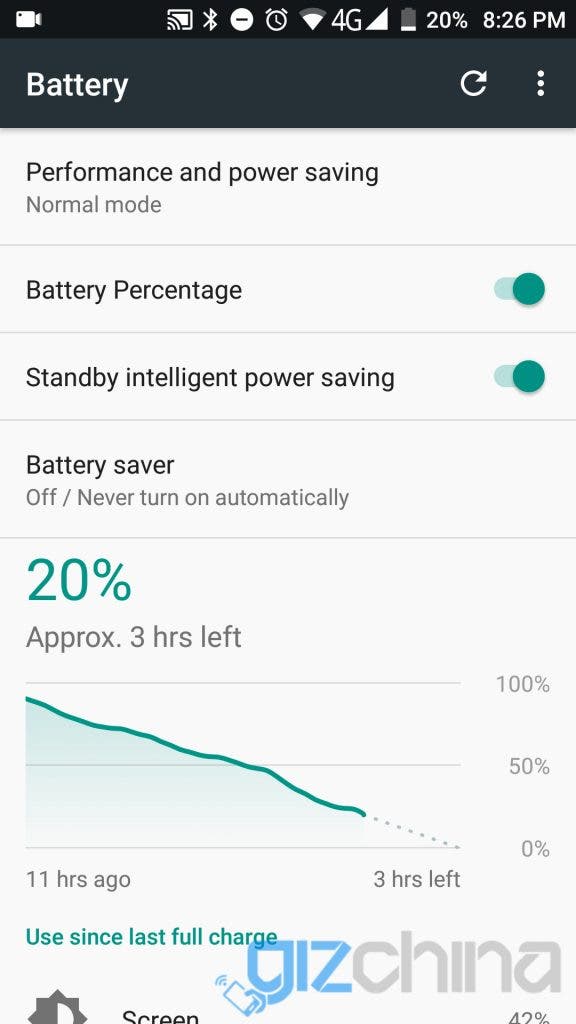 The one area where UMiDiGi has to improve on is the standby battery drain. I was getting a guaranteed 1% battery drain every hour, with it jumping up to 1.5% sometimes. This has to be solved if possible through software. Charging the phone through USB-C took me about 2.5 hours without using a MediaTek PumpExpress charger.

We have Android 7.0 Nougat running inside the phone, and I must say that UMiDiGi’s software optimization has taken a step up again over the older models, with this phone feeling even smoother when moving between home screens, going into settings etc.

Launching lots of apps at the same time, on the other hand, is a more ponderous process with the MTK6750T chipset struggling (a bit) to keep up with our needs, with 4GB of RAM being all this phone needs. Not an overkill (like having 6GB), but also not 3GB (which is not enough anymore).

The MTK6750T doesn’t affect gaming, it’s able to play all the games at 720p without issue, Modern combat, Asphalt, lighter games such as Super Mario Run ran without a hitch, even when I was recording the screen at the same time. The phone gets warm on its back side but never gets burning hot. I also ran a malware scan and didn’t find anything. The fingerprint sensor is very accurate and works with wet fingerprints, but it’s quite slow.

WiFi speeds are great, an 800MB file takes 4 minutes (on fast WiFi that is), and Bluetooth range is good also. I used the GPS to navigate to work, and it was fairly accurate and fast. There is no NFC so you cannot use Android Pay.

The camera is the weakest part of the phone, I am afraid. While I hesitate to call the entire camera bad, the photos don’t come out amazing either. In normal mode, detail is not bad as long as you keep your phone relatively still, the phone snaps photos pretty quickly so you don’t have to be a statue forever.

Colour reproduction ranges from OK to great, with colour sometimes being rather average and showing great saturation and vividness other times. HDR mode, on the other hand, should be left disabled at all times, well almost all times. The HDR mode is way too aggressive, trying to equalize “bright” and “dark” spots when they aren’t that far apart in the first place. You have to leave it off unless there are extremely obvious bright and dark spots, e.g. taking a picture of the sun. In those cases, the aggressive HDR does its job well. 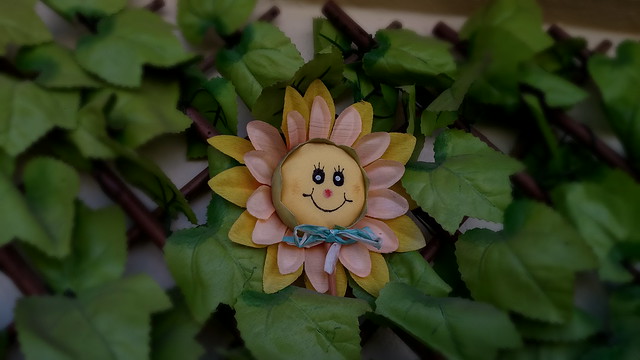 Moving on to Bokeh mode, which I see more and more as a gimmick, it adds Bokeh in a very unnatural circle, and not only that the overall quality of the photo is lowered as well. There is also a pro photo mode that works quite well and uses very convenient sliders to change the camera settings. The front facing camera is rather average also. 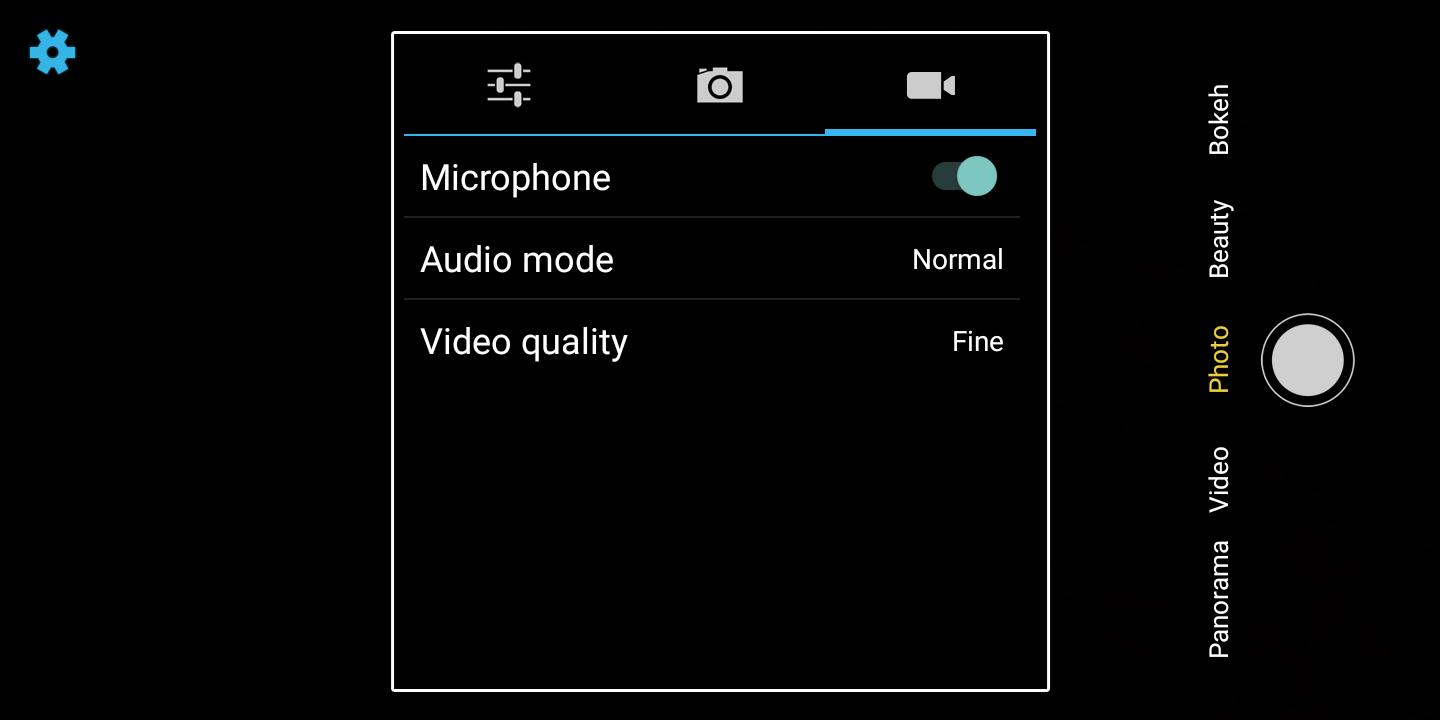 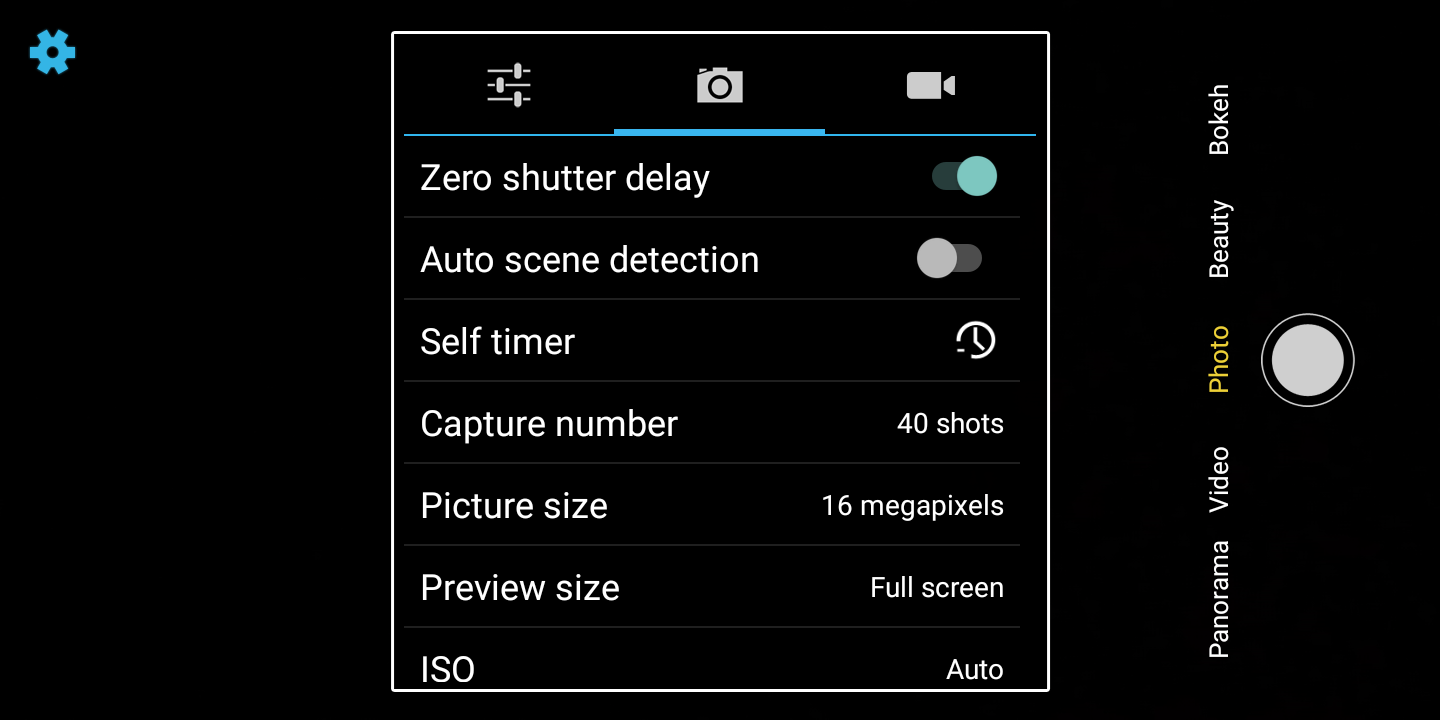 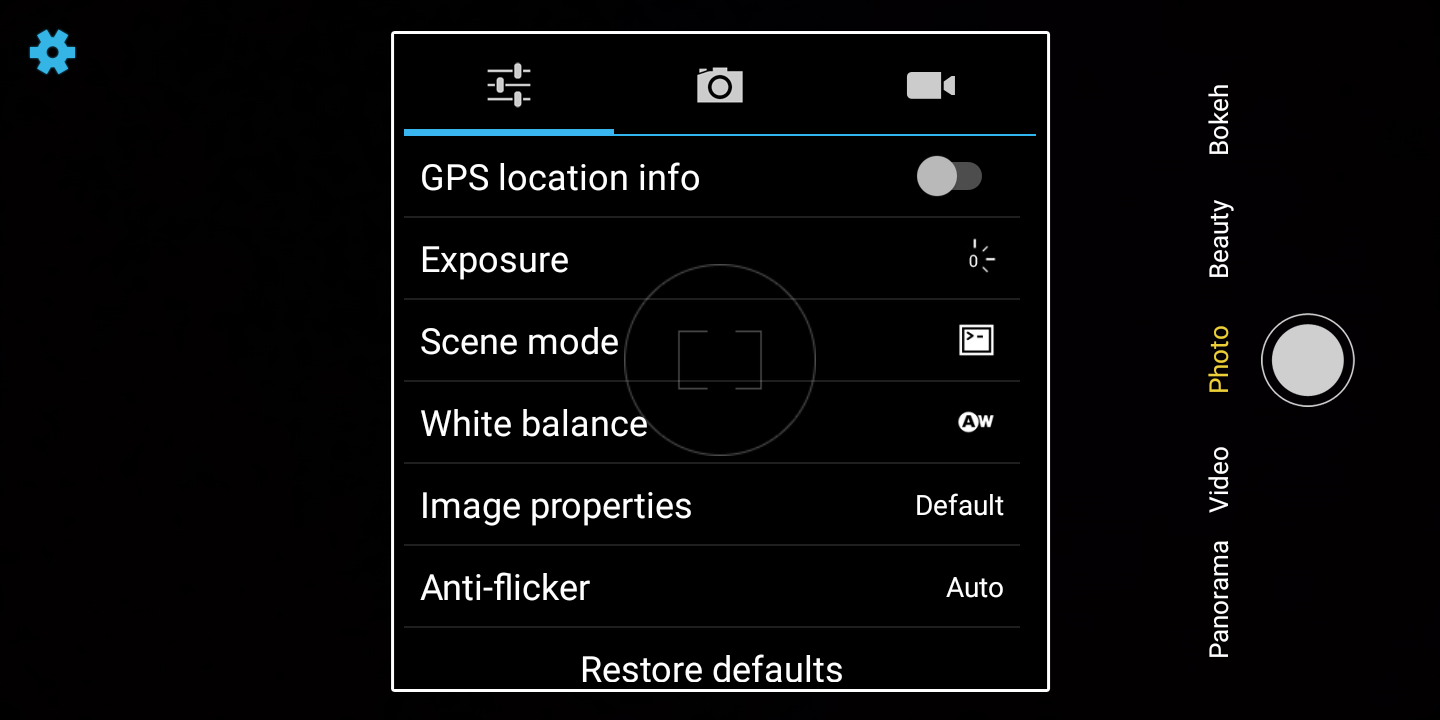 Overall, these items make for an unpleasant video experience, and is really a downside to this phone.

Hands down, this is a very beautiful – and affordable mid-ranger in the market. It is indeed a “Lite” variant of a very powerful smartphone (UMIDIGI S2) but still remains quite impressive in everyday use, with a complete package, decent performance but simply adequate camera.

This S2 Lite at $169 is surely one of the phones one should pay attention to, especially if the design of a phone is high on your “plus” list. It offers impressive battery life with a 5100 mAh battery, very good built quality, decent display (nothing much) and an adequate chipset with 4GB of RAM for decent everyday use.

It’s surely one of these phones that should definitely be on your “to see” list, before you decide which smartphone you’ll buy next.