HMD Global in the past few weeks has widely been rumored to be preparing a Penta camera lens phone. The device according to rumors was expected to debut as the Nokia 10, but fresh reports reaching us suggest otherwise.

The latest report on GSMarena via WPU has it that the widely rumored Penta lens Nokia 10 will be unveiled as a follow up to the Nokia 8, and would come as the Nokia 8 pro, a more feasible expectation since the Nokia 9 is yet to see the light of the day.

The overall design of the rumored Nokia 8 pro is quite similar to that of the upcoming Nokia 9 featuring a double-glass (both front and back) design, it is expected to come fitted with the much talked about circular Penta-lens camera module with rotating Zoom camera tech from Zeiss, while a fingerprint sensor sits below the camera module. As you would have noticed from the two renders below, the Nokia 8 pro tends to be taller than the Nokia 9 – suggesting an 18:9 display, and also house a dual rear camera in a vertical arrangement with LED flash by its side.

As for the internals, the Nokia 8 pro is expected to pack near flagship grade specs including the Snapdragon 845 SoC. 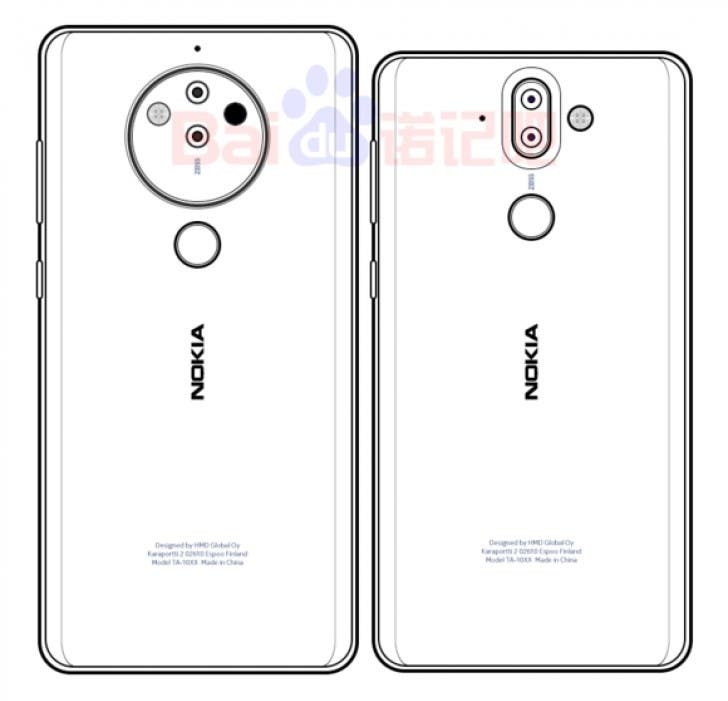 Whether or not this report turns out to be true, it would make sense if HMD Global steer clear of the Pro plus naming convention, as it could become very confusing with the increasing Nokia phones been pushed out.