Google’s online payment services is undergoing simplification process today. Currently, online payments services are handled by Android Pay and Google Wallet. However, starting today, both these services will now come under the branch of Google Pay. 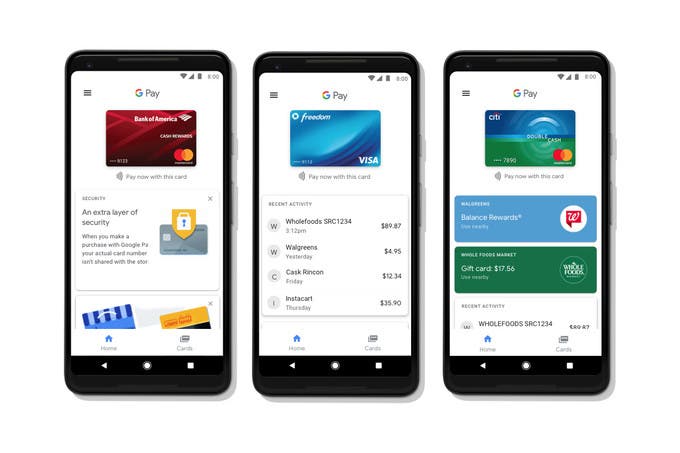 Moreover, the peer-to-peer payments app in the U.K and U.S., Google Wallet, will be rebranded as Google Pay Send. Google will eventually fuse it with the unified Google Pay app in the future, we suppose. But for now, the U.S and U.K are still stuck with two payment apps.

So, if you’re a new user, you’ll be able to download the app straight from the Google Play Store. And if you’re already using Android Pay, you’ll be eventually treated with a software update that will transform it into Google Pay.

The redesign of the app itself is minimalistic and adheres to Google’s Material UI guidelines. Also, in terms of functionality, you won’t find many new features. One notable new feature is that Google will show you stores around you compatible with its service. The list is based on your personal use and location. One of the main reasons for simplification is to get more users on board.

Still, the app isn’t fully functional. It still has to support peer-to-peer payments between users. Until that happens, Google’s payment solution is still a mess.

Previous Learn Which Countries Have The Fastest 4G Networks